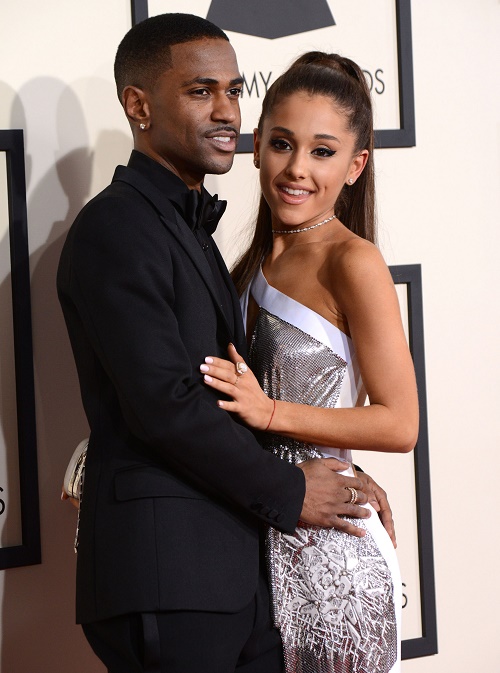 After 8 months of dating, Ariana Grande and rapper Big Sean have decided to end their relationship, splitting in what seems to be a loving and amicable way! According to Us Weekly, a joint statement was released by the couple’s reps: “They both deeply care for each other and remain close friends. We kindly ask that the media respect their wish for privacy regarding this personal matter at this time.”

The couple had been together since October of 2014, and made multiple appearances on the red carpet in addition to performing together at multiple concerts. Both Ariana Grande and Big Sean were open about their love on social media, continually referencing one another on Instagram and Twitter.

Sources say that the cause of the breakup had to do with both of their tour schedules over the upcoming year, which would have kept the couple apart for long periods at a time. It was also speculated that part of the reason for the breakup had to do with Justin Bieber! Grande and Bieber performed together multiple times during the course of Ariana Grande’s relationship with big Sean, and Bieber just couldn’t seem to keep his hands off of the beautiful singer!

Whatever the real reason for the split, it seems like the Ariana Grande and Big Sean are handling it with maturity and continued respect for one another, and will do their best to remain friends! However, we’ll see how long it takes for the gossip mill to start churning out some beefier stories commenting on the “REAL” reason behind their split. What do you all think? Harmless break up – or is their more to this dirty laundry?