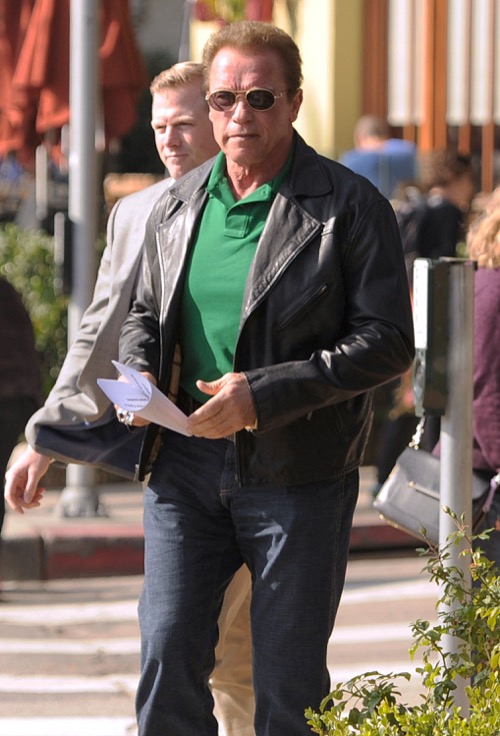 Everyone’s favorite Terminator and Governor, Arnold Schwarzenegger is headed into the WWE Hall of Fame, baby and he is apparently very amped up about it. Every year at Wrestlemania, the World Wrestling Entertainment inducts a brand new class of professional wrestlers, valets, managers and celebrities into the WWE Hall of Fame. This wing is reserved for the best of the best when it comes to wrestlers or managers, but it has a dubious history when it comes to celebrities. Over the years they have inducted Pete Rose, Bob Uecker and Drew Carey into their “selective” wing for celebrities. Don’t get me wrong, however. These guys are all great and big time names…they simply have not really done enough “in wrestling” to be going into a Hall of Fame. Now Mr. Arnold Schwarzenegger is headed in.

“We are honored to induct Arnold Schwarzenegger into the WWE Hall of Fame,” said WWE Executive Vice President of Talent, Live Events and Creative, Paul “Triple H” Levesque.  “His larger-than-life on- and off-screen presence translated perfectly into the world of WWE, resulting in many memorable moments.”

Arnold Schwarzenegger has at least been a long time fan of WWE and wrestling in general. He inducted former champion and legend Bruno Sammartino years ago and now he is headed into the Hall himself. He met Sammartino at Mr. Olympia as a young man and was a lifelong fan of wrestling after that.

Arnold Schwarzenegger also had close ties to wrestling with Superstar Billy Graham and Jesse Ventura from his movie days. Ventura was a huge WWE star that starred alongside him in The Predator. Ventura also got into politics and paved his way to a lucrative career. Eventually, Arnold Schwarzenegger has made his way to SmackDown and Raw on occasion to promote films and occasionally get into tussles with stars like Triple H and The Miz.

You may agree or disagree about his induction but nobody can deny that Arnold Schwarzenegger has drawn huge business everywhere he has been. His name on that marquee is sure to make this Hall of Fame class even more special. Long time legendary wrestler Randy Macho Man Savage is also finally going in after years of strife with the company. It is a shame that it is happening after his untimely death, but better late than never. This WrestleMania is set to be one of the hottest of all time.