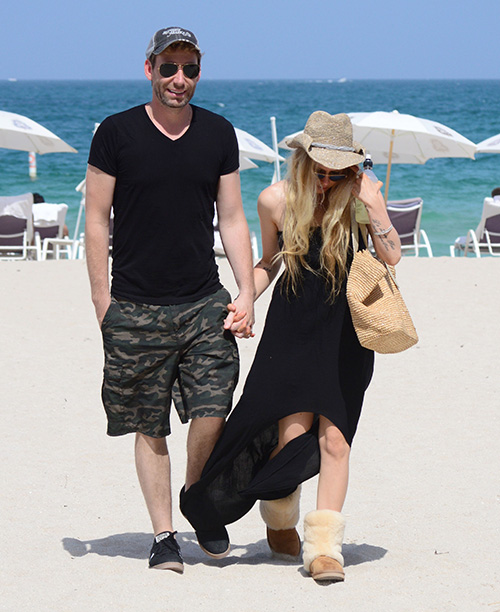 Chad Kroeger was reportedly cheating on Avril Lavigne prior to their break-up. Avril Lavigne announced on social media on Wednesday, September 2 that she and her husband of two years Chad Kroeger had broken up, and according to multiple reports they are filing for a divorce. It seems like Avril and Chad’s break-up is just one of many celeb divorces this year. And, just like their famous peers, it looks like Avril Lavigne and Chad Kroeger’s separation was caused by cheating. Seriously, can anyone in Hollywood be faithful anymore?

On Wednesday, September 2, Avril shared this message on Instagram with her followers, “It is with a heavy heart that Chad and I announce our separation today. Through not only the marriage, but the music as well, we’ve created many unforgettable moments. We are still, and forever will be, the best of friends, and will always care deeply for each other. To all our family, friends and fans, thank you sincerely for the support.”

While Avril insists that their break-up was amicable, a new report from US Weekly says otherwise. It looks like Chad Kroeger had already checked out of his marriage over a month ago – and he was spotted out and about in Miami with another woman. An insider who saw the couple at a club dished to US Weekly, “Chad came in with a woman and a security guard. He was down in the party pit by the stage, definitely out in clear, plain view — not in the private back VIP areas. He was saying that there aren’t that many places for him to go in Miami, he was happy to be there and be chill. He and the girl had a great time, they were dancing.”

It’s no secret that Avril and Chad’s marriage was strained – at best. Both musicians were battling their own demons and health issues for the past year, Chad’s cheating was most likely the final straw. Do you think that the “other woman” in Miami is what led to their break-up? Was Kroeger unfaithful to his sick wife, who is battling lyme disease? Let us know what you think in the comments below!