Ben Affleck and Jennifer Garner Back Together After Attending Marriage Counseling, Divorce Called Off? 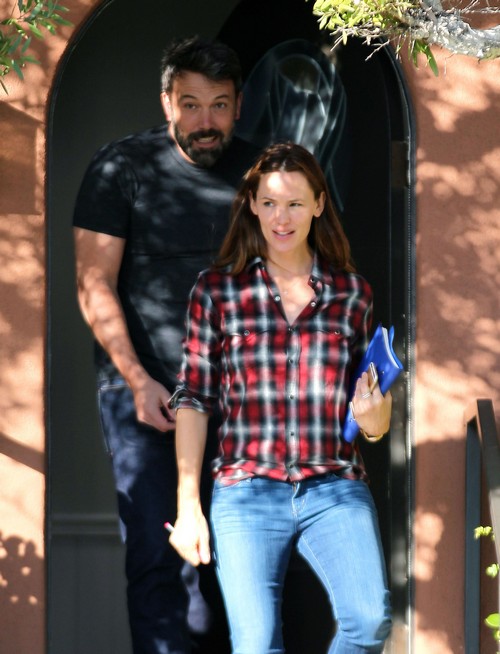 Are Ben Affleck and Jennifer Garner getting back together?! The couple just confirmed their divorce earlier this summer, and since then news broke that Ben had allegedly cheated on Jen with their nanny Christine Ouzounian. In the midst of their messy divorce and the cheating scandal – Ben Affleck and Jennifer Garner were spotted out and about in Los Angeles, and they were all smiles as if nothing were wrong. What is going on?

According to a new report from Naughty Gossip, when Ben and Jen were photographed in LA together – they had actually just left marriage counseling. What is there to counsel about? He cheated on you with your nanny right under your nose, and then bought her a Beamer! Jennifer Garner is either delusional, or a much bigger saint than any of us realized. An inside source dished to Naughty Gossip, “It is no over yet. He is trying to save the marriage and Jen is taking it day-by-day.”

We felt horrible for Jennifer Garner when news of Ben Affleck’s affair with Christine Ouzounian broke – seriously she put up with that man’s gambling, partying, and boozing for nearly a decade. And, that’s how he repaid her? We totally get that there are three kids involved and Jen wants what is best for them. Regardless, how could someone justify taking back their husband after he publicly embarrassed her the way that he did? And, once a cheater always a cheater. If Jen lets Ben get away with this affair, then what will stop him from having another.

Do you think that Jennifer Garner is making the biggest mistake of her life by calling off her divorce and giving Ben a second chance? Or would you do the same thing as her – for the children? Do you think Ben and Jen will reconcile or divorce? Let us know what you think in the comments below!

Ben Affleck and Jennifer Garner go to a doctors appointment together in Santa Monica, California on September 3, 2015. FameFlynet