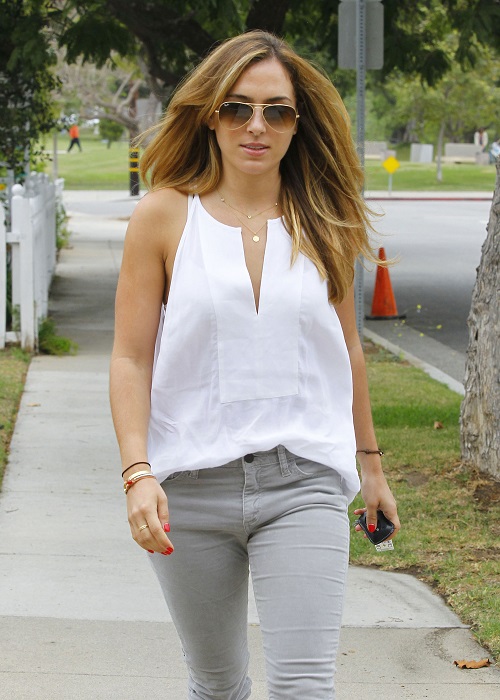 Ben Affleck and Jennifer Garner are joining forces and preparing to fight his mistress! Ben Affleck’s cheating scandal with his nanny, Christine Ouzounian, has put the actor in between a rock and a hard place. The fame-hungry greedy nanny is basically blackmailing Affleck and threatening to sue him and Jen and tell-all about their illicit affair and his troubled marriage. Ironically, Ben’s battle with his nanny has actually brought him closer to his ex-wife Jennifer Garner.

According to this week’s report in Star Magazine, Ben Affleck and Jennifer Garner have set their own issues aside and are working together to get Christine Ouzounian out of their lives, and their kids’ lives. An insider dished to Star Magazine, “Ben and Jen realized they have a common enemy in Christine, because she has been playing both of them like a fiddle.”

Since the news of Ben’s affair has went public, Christine managed to pull thousands of dollars out of thin air, bought a brand new Lexus, and is living in a $10,000 a month rental – it’s obvious that she has been receiving hush money.

Star Magazine’s inside source goes on to add that Christine blackmailing Jen and Ben has actually brought the estranged couple closer together – and they have been bonding over their mutual hatred for the home-wrecking blackmailing nanny. Ben and Jen are reportedly working together to come up with some sort on non-disclosure agreement with Christine, and of course agreeing on a lump sum to pay her off, so that she will be out of their lives for good and they can put this nightmare behind them.

Jennifer Garner is truly a saint. Who comforts their cheating husband and helps him out after the woman he cheated on her with starts blackmailing him? How much do you think they will pay Christine Ouzounian to go away? What kind of dirt does she have on Ben and Jen to have them so scared? Let us know what you think in the comments below!