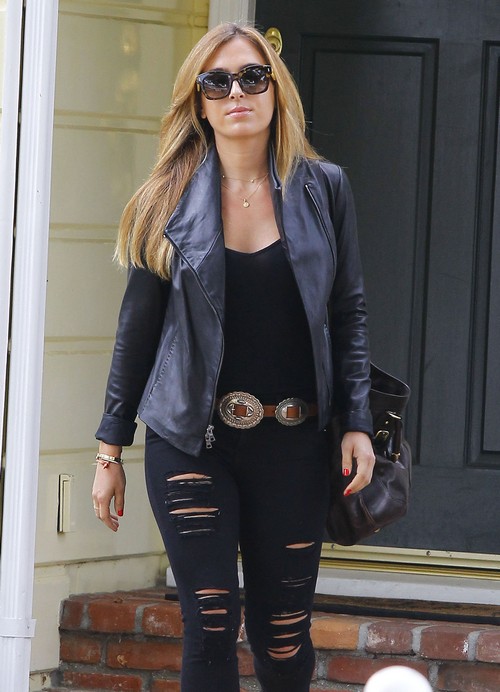 Ben Affleck denies cheating on Jennifer Garner with their nanny, Christine Ouzounian, but his actions say otherwise. Although he insists he is not in a relationship with the nanny, he has allegedly bought her a $50,000 Lexus and is paying her $10,000 a month rent in a ritzy Los Angeles condo (something Affleck’s reps deny while admitting his relationship with the nanny). According to a new report from Life & Style Magazine, Ben is trying to buy off Ouzounian and keep her happy so that she doesn’t sue Jen and Ben – or air all of their dirty secrets.

Ben Affleck knows that if he doesn’t keep Christine Ouzounian happy, she will file a lawsuit against him and Garner for wrongful dismissal. And when they all head to court they will be testifying under oath – Ben is scared that all of the dirty details surrounding his affair, and the fact that he and Garner had a sexless marriage, will go public. At this time, Christine thinks that she and Ben are in love – but one wrong move could set her off, and she has the power to destroy Ben Affleck and Jennifer Garner in court.

An insider dished in this week’s edition of Life & Style Magazine, “Christine honestly believes that he loves her. But, if it turns out that he is lying, then she is going to have to pay.” So, basically, Ben Affleck is damned if he does and damned if he doesn’t. If he continues supporting Christine, then he is the bad guy who cheated on his wife with his nanny. But, if he doesn’t stay with her, then all of the details of his troubled marriage and affair will get out in court – and he will still be the bad guy.

Do you think Christine Ouzounian will wind up filing a lawsuit against Ben Affleck and Jennifer Garner? Or will Ben be able to keep his mistress quiet? Let us know what you think in the comments below!

Former nanny Christine Ouzounian is spotted out for an early dinner with a friend in Santa Monica, California on August 19, 2015. Earlier Christine’s best friend stopped by to pick up some grapefruits from Christine’s grandmother. Despite being fired from her job by Jennifer Garner, Christine has been trying to find an agent so she can get on a reality show like ‘The Bachelorette’ or ‘Dancing With The Stars’. FameFlynet