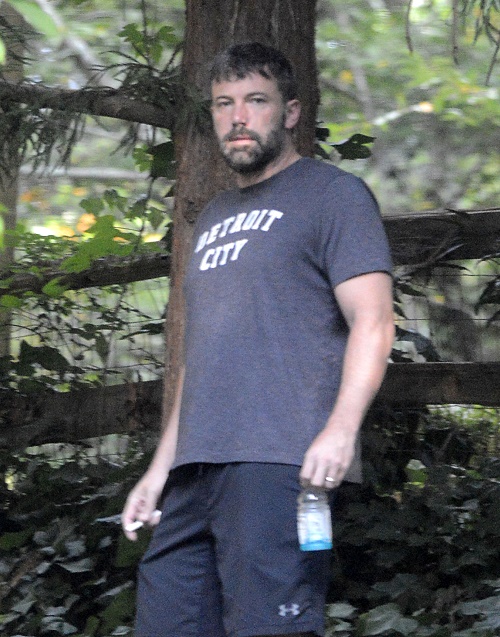 It’s no secret that Ben Affleck has had a drinking problem in the past, and according to a new report he may be headed back to rehab. The stress of his divorce from Jennifer Garner and cheating scandal with his nanny, Christine Ouzounian, has been weighing him down – the troubled actor has been reportedly turning to alcohol to help him cope with the mess that his life has become.

In 2001, Ben Affleck checked into a Malibu rehab to get control of his drinking problems, and he completed a 30-day treatment program before he returned to the real world and was supposedly a sober and changed man. According to this week’s edition of In Touch Magazine, his ex-wife Jennifer Garner is pleading with Affleck to go back to rehab and is concerned about his “erratic behavior.”

An insider dished to In Touch Magazine, “Ben’s battle with alcoholism has been rearing its ugly head. Jen says that he has been drinking throughout the day. Now, Jen is concerned by his erratic behavior and wants him to return to a rehab facility for the sake of their children (Seraphina, Samuel, and Violet).”

Ben Affleck is under a tremendous amount of stress: his wife just dumped him, he is fighting for custody of his kid, and his nanny Ouzounian is basically blackmailing him into being in a relationship with her and threatening to tell all his secrets if he dumps her. Frankly, we would be shocked if he hadn’t started drinking again.

Jennifer Garner is reportedly going for full custody of their three kids. If Ben has any hope of getting joint custody in court, then he really has no other choice but to go to rehab. Do you think that Ben Affleck will get help? Or will he continue to spiral downhill? Could his drinking problem affect his custody case? Let us know what you think in the comments below!