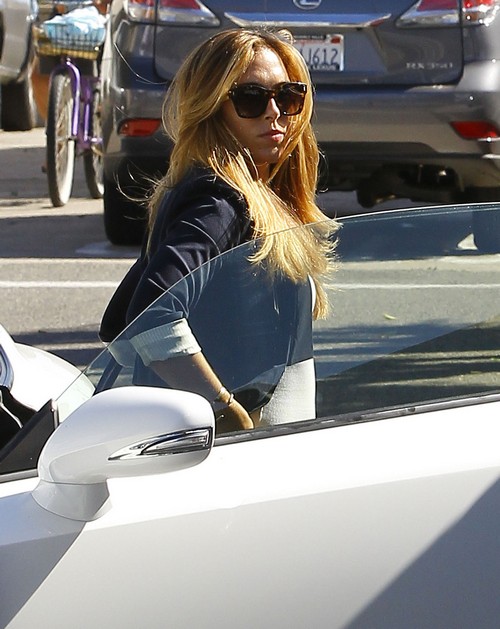 Ben Affleck’s nanny Christine Ouzounian has been labeled a home-wrecker after it was revealed that Affleck cheated on Jennifer Garner with her. But, what a lot of people don’t realize is that Ben Affleck is a home-wrecker too, and Jennifer Garner wasn’t the only victim of their affair. According to a new report, Christine Ouzounian had a fiancé when she was hooking up with the actor!

This week’s edition of OK! Magazine reveals that Christine Ouzounian was engaged to fisherman Christoph Albury when she began having sex with her employer Ben Affleck. An insider dished to the tabloid, “Christoph was afraid he would lose her when she started nannying for celebrities.” And, it looks like that is exactly what happened. Christine Ouzounian didn’t even say goodbye to her fiancé or offer up an explanation, Ben just sent someone to the fisherman’s house to pick up all of her belongings. A few days later news broke of Ben’s affair with his nanny – and Christoph learned from the press that his fiancée had cheated on him with the actor.

Maybe Jennifer Garner and Christoph Albury should get together – it sounds like they have a lot in common. At this point, we have zero pity left for Christine Ouzounian. No matter how she spins this, she is far from a victim. She not only cheated on her fiancé, and dumped him with no explanation – but now she is trying to extort money from Ben Affleck. She is the epitome of a gold-digger. We don’t know Christoph Albury, but we’re pretty sure he is better off without Ouzounian.

Are you surprised that Christine did her fiancé Albury so dirty, and didn’t even properly break up with him? Let us know what you think in the comments below!