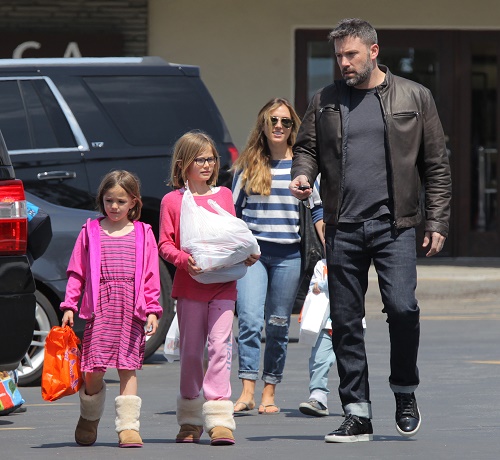 According to a new report from this week’s edition of In Touch Magazine, Ben and Christine’s affair could be much more serious than anyone realized – and his kids’ former nanny is head over heels in love with him and believes that they are going to get married. It looks like Ben has a stage five clinger on his hands, and he can’t even dump her because she will turn around and sell tell-all interviews to every tabloid and news show in the country, only further embarrassing his family.

So will there be a Ben Affleck and Christine Ouzounian wedding any time soon? Christine seems to think so. According to In Touch Magazine’s inside sources, “She is in love with him, she fantasizes about being Mrs. Christine Affleck and she doesn’t even think it is weird at all. It’s so “Fatal Attraction.” If she got pregnant by Ben she would definitely keep the baby, she’s in love with him and to have a part of him would be the ultimate expression of love in her eyes.”

When the divorce and cheating scandal broke, Ben Affleck reportedly vowed to Christine that they would be together. But, according to In Touch’s sources, the actor is just buying time until he and his team make her an offer to “go away.” The insider dished, “But the problem is Christine is not the type of girl to go away – not quietly any way.”

Ben Affleck probably chose the worst woman ever to cheat on Jennifer Garner with – it sounds like he may have bitten off more than he could chew and the rumors about Christine blackmailing him into a relationship could have some merit. Do you think Ben will actually marry Christine Ouzounian? How will he shake the stage five clinger? Let us know what you think in the comments below!