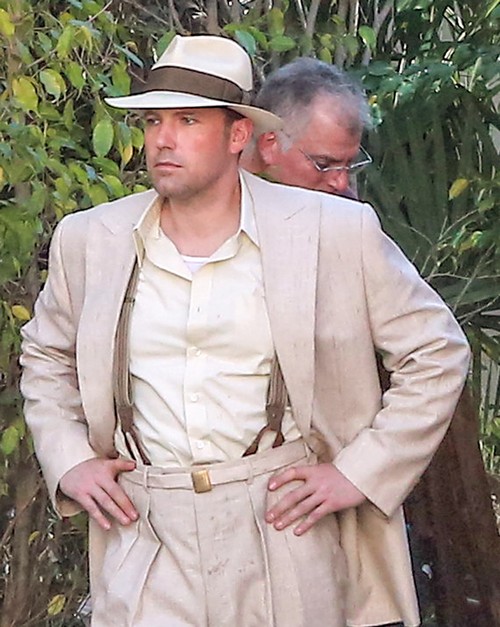 Does Ben Affleck’s face look like a plastic surgery nightmare? Has Ben made a desperate attempt to look younger after being dumped by both alleged gal pals Sienna Miller and Abigail Kuklis? It’s possible Ben is seriously attempting a reunion with Jennifer Garner.

A recent photo of Ben’s face may indicate that Affleck has gone under the knife for more than a few nips and tucks. Ben showed off a more youthful look while promoting “Batman v Superman: Dawn of Justice” on Jimmy Kimmel Live recently.

Affleck had shaved off the scraggly gray beard and there wasn’t a trace of gray in the actor’s hair. Observers noted that Affleck was looking fit and trim, too.

No one is certain, but the Hollywood gossips speculate that Ben made these tweaks and changes because he was wooing “Live by Night” co-star Sienna Miller. Then rumors started popping up that Affleck was also romancing starlet Abigail Kuklis who has a bit part in the new Batman movie.

A board-certified plastic surgeon took a look at photos of Ben, and in the doctor’s expert opinion it appears as if Affleck underwent a complete cosmetic overhaul. Dr. Lyle Back told the National Enquirer “[Ben] looks different – but he doesn’t look better!” In fact, Dr. Back commented that Ben now bears a striking resemblance to Jack Nicholson’s Joker! OUCH!

How much work has Ben had done? According to the plastic surgeon, massive amounts of Botox have been injected into Affleck’s face. In addition, Dr. Back believes Ben had a brow lift as well as surgery to remove bags under the eyes and smooth out the skin. “[Ben’s] skin is as smooth as a 20-year-old,” another expert, Dr. Anthony Youn, commented to NE. Of course neither Doctor has treated Ben and are naturally prone to agree with the story angle of NE.

Dr. Back says that if Ben Affleck was trying to look as if he’s not getting older the attempt was an epic fail. “[Affleck’s] had so much [Botox] put in that his eyebrows look jacked up and he’s just downed 50 cups of coffee,” is the good doctor’s opinion.

Did Ben decide to have all this work done because the actor is afraid of being dumped by Sienna Miller and – or Abigail Kuklis – or has Affleck already been dumped? Or is Ben Affleck desperately trying to win back Jennifer Garner? Of course since almost all Hollywood stars use cosmetic surgery and invasive treatments on a regular basis what makes Ben any different?

Let us know what you think in the comments section below and come back to CDL for the latest celebrity news!