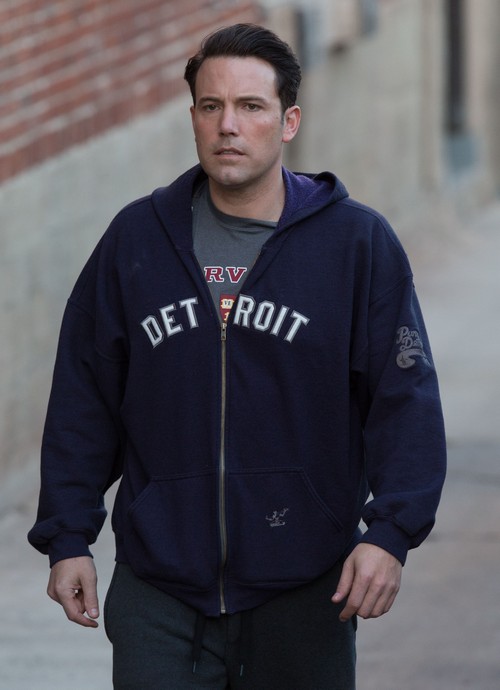 Ben Affleck is reportedly romancing Sienna Miller. Is the actor’s new look – Ben’s has colored his hair and the actor is now beardless. Is this a desperate attempt to look younger?

Is Jennifer Garner furious that Affleck didn’t make any effort to change his straggly, scruffy, disheveled appearance when they were married? In the months leading up to the couple’s split, it appeared as if Ben had gained some weight.

Affleck had all but let his hair go white and was sporting a bushy gray beard. When Ben recently turned up on Jimmy Kimmel Live to promote “Batman v Superman: Dawn of Justice” there was a drastic difference in Ben Affleck’s appearance.

His hair was darkened without a hint of white and the unruly beard was gone. Ben may have even dropped a few pounds. Has Affleck been following a strict diet and exercise routine?

The buzz in Hollywood is that Ben has been flirting with “Live by Night” co-star Sienna Miller. Did the 43-year-old father of three make the drastic change in order to woo the 33-year-old Sienna?

The clean-shaven look and change in hair color does make Affleck look much younger. As previously reported Jennifer Garner may have spent some time in the plastic surgeon’s office for Botox injections in an attempt to look younger and sexier.

Insiders say Jen has been following a strict diet and exercise program because the actress is desperate to win back Ben. But is it too late? Is the change in Affleck’s appearance for Sienna or Jennifer?

It’s not too late for Jennifer Garner and Ben Affleck to reunite. The couple may have put their Pacific Palisades estate on the market for $45 million but it hasn’t sold yet.

Garner and Affleck have remained civil despite Ben’s alleged affair with the couple’s nanny Christine Ouzounian. Insiders have said Jen is considering moving to New York City and pursuing a career on Broadway.

Is Ben making an effort to win Jen back? Or has Ben moved on? Is Affleck in a relationship with Sienna Miller? Let us know what you think in the comments section below and come back to CDL for all the latest celebrity news and gossip.