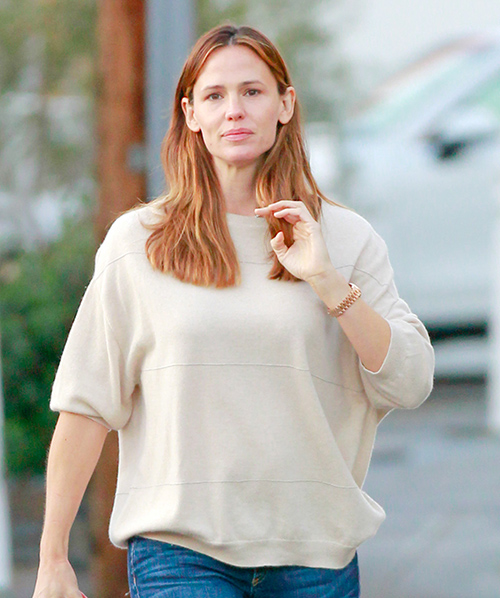 Ben Affleck and Jennifer Garner were expected to spend Thanksgiving together as part of their whole “keeping things normal for the kids” mantra but that all seems to have gone out the window now because Ben was seen spending his special day alone. Ever since reports that Ben and Jennifer had begun to argue over the family fortune, they don’t seem to be spending as much time together.

Ben definitely wasn’t dressed to impress when spotted on Thanksgiving day at a gas station. The “Batman v Superman” star was wearing a mismatched sweat suit with a cheap black beanie as he ran into the gas station and bought a pack of cigarettes. Maybe Affleck was feeling stressed because he lit up on the short walk back to his car.

Although Jennifer Garner is reportedly spending Christmas with her estranged husband and their three children, the “Daredevil” star opted out of inviting Affleck over for turkey. The lack of an invite probably had something to do with Ben and Jennifer’s recent arguments about how to split their huge fortune.

Ben is worth almost twice as much as Jennifer but Garner feels like she deserves a bigger chunk of money because she was at home raising kids while Ben built up his career. Garner believes she’d be a much bigger star if she had worked and Affleck had stayed home to tend to the kids. Now that Jennifer Garner and Ben Affleck are divorcing, Jen is starting to feel like her soon-to-be ex-husband should ante up a bit more because she did all the sacrificing while Ben did all the playing around.

While Ben and Jennifer would have spent Thanksgiving together, since they spent every other holiday together with their kids and even went on a vacation in the Bahamas as a happy family, now Affleck and Garner are at each other’s throats. There are reports that Ben and Jennifer plan on celebrating Christmas as a family unit but that won’t happen unless they straight out their money mess beforehand. That will probably cost Ben Affleck a bit more than he had planned because Jennifer Garner has convinced herself that she deserves more and the “13 Going On 30” actress doesn’t look like she plans to back down.