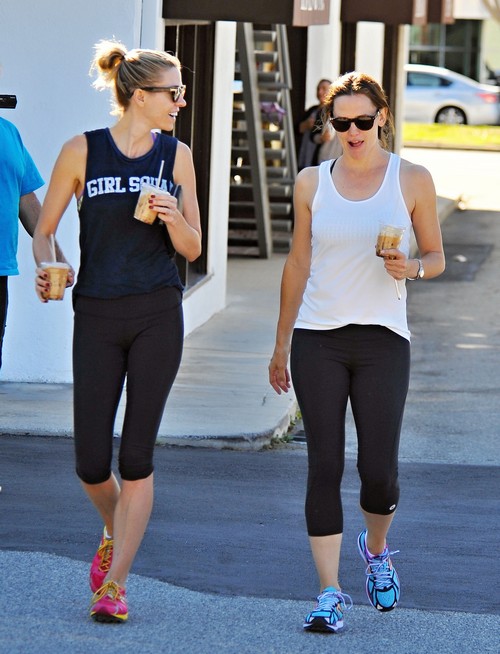 Jennifer Garner and Ben Affleck have been trying to remain united for their kids but the gloves are off now in the divorce. Garner feels like she deserves way more money than Affleck is willing to pay out. The money battle has begun and there is no more amicable split between Jennifer and Ben.

Jennifer and Ben have been quietly separated for almost a year now. The Hollywood couple made their split official with an announcement in June, just after hitting ten years of marriage. There have been multiple reports about Ben Affleck and Jennifer Garner spending time together with their three kids in order to keep things as normal feeling as possible.

The estranged couple have been spotted doing everything from vacationing in the Bahamas to doing a bit of grocery shopping together since splitting up.

Now it looks like Ben and Jennifer are ready to quit all the lovey dovey post-marital playtime because Jen wants to get her hands on Affleck’s fortune and he’s pretty upset about it. It’s no secret that Affleck is worth way more than his “13 Going On 30” wife. That doesn’t mean he wants to share though and despite being worth $60 million herself, Garner wants a bigger piece of Ben Affleck’s paycheck.

The upcoming “Batman v Superman” actor is making bank from his producing and writing gigs too. Affleck checks in at about an $85 million net worth. Jennifer feels like she would have a bigger bank account too but was held back when Garner was busy giving birth and caring for Affleck’s three kids, Violet, 9, Seraphina, 6 and Samuel, 3.

Ben was still able to work when the kids were smaller and pulled in way bigger paychecks than Garner. Of course Jennifer doesn’t take into account the fact that Affleck is immensely more talented and would have been a bigger earner anyway. That doesn’t stop Garner from trying to get a chunk of his cash while she can though.

As it becomes more and more apparent to Jennifer Garner that she won’t be reconciling with Ben no matter how many vacations they take together or outings they go on, Jennifer has decided she wants to get a little payback for the nanny cheating scandal and the breakup of her marriage. The only thing Garner has left to do is go after Affleck’s money.

Jennifer was looking forward to living in one of Affleck’s homes until he put the mansion on the market. Garner is really mad about the real estate deal because rather than giving her the proceeds of the sale, Affleck has offered to split the money evenly and Jennifer feels like he should just let her have it all.

Ben really doesn’t want to give Jennifer any more money. The “Batman v Superman” star certainly can afford to pay Garner off and end their marriage quicker but it’ll cost a lot and it might be worth staying in mediation until they can come to a fairer agreement.