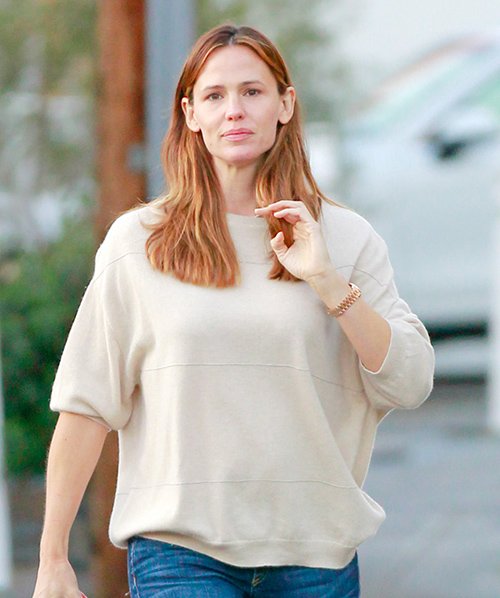 Jennifer Garner just may move to New York City to star on Broadway. Is the actress absolutely disgusted by gossip that soon-to-be ex-husband Ben Affleck is having an affair with Sienna Miller?

Ben and Jen put their Pacific Palisades estate on the market in October. The couple is asking a whopping $45 million for the marital home an insider revealed to OK!

Jennifer is ready to make the move to New York City because she is “tired of the isolation in Los Angeles” the source close to Garner disclosed. A recent visit to NYC for a charity gala at the Plaza Hotel gave Jen a taste of the hustle and bustle of the Big Apple.

The insider reports that Jennifer felt energized walking the streets of New York and “interacting with people there.” In addition to hosting the charity gala, the actress enjoyed a Broadway show.

Did Jen enjoy it enough to make the move to the East Coast and embark on a career on Broadway? It could be a great move for Garner who has been dealing with the embarrassment of Ben’s alleged affair with the couple’s nanny Christine Ouzounian.

The nanny seems to be out and Affleck has moved on to another lady – his “Live by Night” co-star Sienna Miller. A source revealed to OK! that Sienna has been “the other woman” before. The starlet had an affair with Jude Law while Jude was still married to Sadie Frost.

Jen is reportedly absolutely disgusted that Ben is involved with yet another homewrecker. But sources reveal that Ben’s relationship with Sienna is a very casual rebound kind of thing.

Affleck’s not looking for anything serious right now and, at this point, the co-stars have just been flirting constantly on set. Meanwhile, Garner is reportedly shopping around for an apartment in New York.

But Ben Affleck may give Jen a fight about moving the couple’s three children 3,000 miles away. What do you think? Is Jennifer Garner headed to New York to begin a Broadway career?

What’s going on between Ben Affleck and Sienna Miller? Are the “Live by Night” co-stars having an affair?