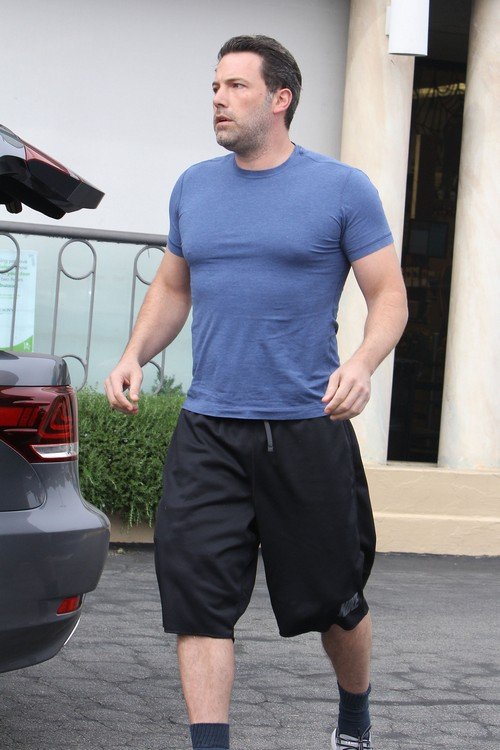 Kate Beckinsale has been leaning on her former lover Ben Affleck after splitting from Len Wiseman after 11 years of marriage and some are wondering if the “Underworld” actress is trying to rekindle their old romance.

Beckinsale’s split from her director husband has sent the actress looking for comfort wherever she can find it. Right now, that may be with Affleck. Ben and Kate were rumored to have hooked up while making “Pearl Harbor” together, but their romance never evolved into anything permanent.

Beckinsale was near the end of her relationship with Michael Sheen when she reportedly got with Ben and even though Beckinsale seemed a likely choice for Ben Affleck, they never got serious and Kate ended up falling for “Underworld” director Wiseman a year later.

Kate Beckinsale finally ended her tumultuous relationship with Sheen when she started spending time with Len Wiseman. Of course, Wiseman wasn’t single when he met the leading lady of the “Underworld” franchise and ended up leaving his wife in 2002 to be with Kate.

Then in January 2003, Kate and Len took their romance public and generated tons of headlines right up until they wed in May 2004. Ben moved on to date a few famous faces including Famke Janssen and Krista Allen before settling down with “Daredevil” co-star Jennifer Garner.

Even though Ben and Jennifer were married for a decade, Kate Beckinsale is the one that got away – and it’s pretty obvious that Ben still has feelings for his former flame that never cooled off despite his marriage to Jennifer Garner.

Now that Kate is reaching out to Ben in the wake of her own divorce, the two Hollywood A-listers are realizing that the spark is still there.  A source for The Sun revealed, “Kate used to be madly in love with Ben. He would make her giddy with excitement any time they were in the same room.”

Now that Ben is on the market, Kate has really been leaning on her old fling for support and friendship. Ben is busy helping Kate get over the breakup of her marriage. Apparently some of Beckinsale’s friends know how the actress feels about her former co-star.

These pals are urging Kate to get back with Ben Affleck and try to make their relationship work this time. Now that the “Pearl Harbor” co-stars are both truly single, this might actually be their time to get back together.