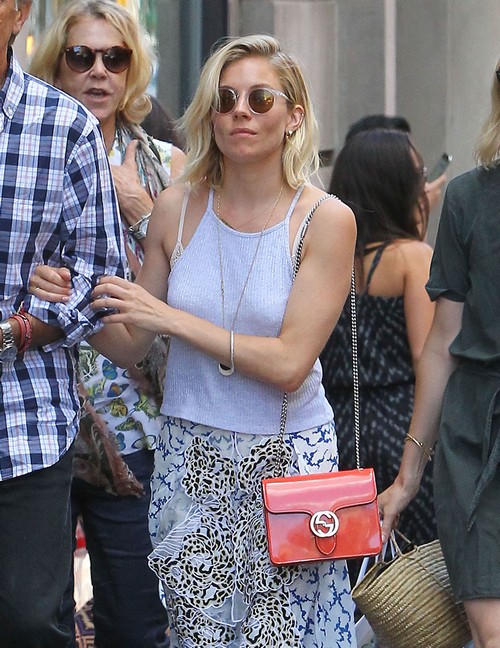 Ben Affleck is single but is he ready to mingle with Sienna Miller? Fresh off from his divorce from Jennifer Garner the actor is reportedly eager to dive back into the dating pool and begin enjoying his freedom. Ironically, Ben was already living like a single man prior to his divorce – his affair with the nanny Christine Ouzounian is allegedly what caused his marriage to crumble in the first place. Regardless, Ben Affleck is ready to start dating again – and he has his eye on his co-star Sienna Miller.

Sienna Miller and Ben Affleck have two things on common. The first being that both actors have a reputation for hooking up with the co-stars of whatever movie they are currently filming. The second thing they have in common is a new movie titled “Live By Night,” which they will begin filming together in 2016. Considering each of their track records, no one would be surprised if Ben and Sienna had a “thing” before they are done filming their new movie. An inside source dished in this week’s edition of OK! Magazine, “Ben is thrilled to have his freedom back. He’s really impressed with Sienna and thinks that she is gorgeous.”

There’s no doubt in our minds that Ben Affleck could put the moves on Sienna Miller. What we find hilarious is that he is enjoying being single after his divorce from Jennifer Garner and can’t wait to start hooking up with more actresses. Since when did Ben Affleck let a silly thing like his marriage get in the way of his conquests in the past? Seriously, if was still married to Jennifer Garner, would that really stop him from hooking up with Sienna? Do you think that she will fall for Affleck’s charm on the set of “Live By Night?” Let us know what you think in the comments below!