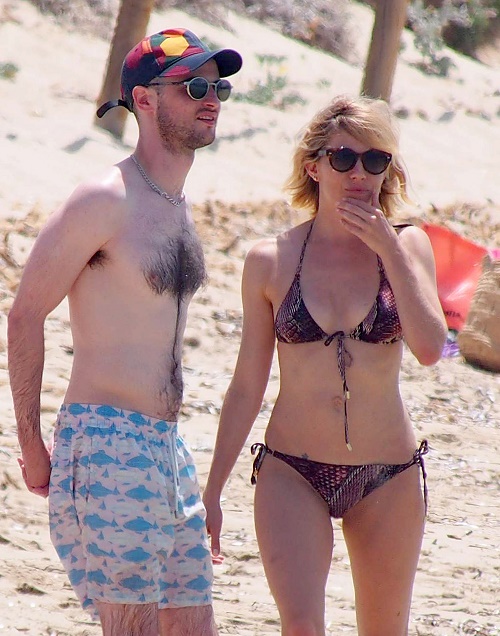 Sienna Miller is single and back on the market. After a four year long relationship Sienna and her fiancé Tom Sturridge have broken up and called it quits. The wedding is officially cancelled. Sienna and Sturridge confirmed that they were engaged to be married back in 2012. Sienna gave birth to their daughter, Marlowe, later that year – but they never managed to make it down the aisle and say “I Do,” which is always a sure sign that there is trouble in paradise.

Neither Sienna Miller nor Tom Sturridge have released an official statement confirming their breakup, nor have they explained why their long relationship went sour. The happy couple has been spotted out and about at various events this year, and there didn’t seem to be any signs (other than the fact that they still hadn’t set a wedding date) hinting that there could be a breakup in their near future.

Just last month, Tom and Sienna were photographed on vacation in Spain without a care in the world. They also attended the Vanity Fair Oscars Party together earlier this year, and Miller just attended her fiance’s play American Buffalo in April.

Sienna Miller hasn’t had the greatest relationships in the past, and already has a failed engagement with Jude Law under her belt. We honestly thought that things were starting to turn around for the actress, and she and Tom Sturridge were in it for the long haul. Their breakup seems to have come out of left field.

Are you as baffled as we are? Why do you think that Sienna Miller and Tom Sturridge called off the wedding? Is there still a chance the couple could work things out and get back together? Will there be a custody battle over baby Marlowe? Let us know what you think in the comments below!