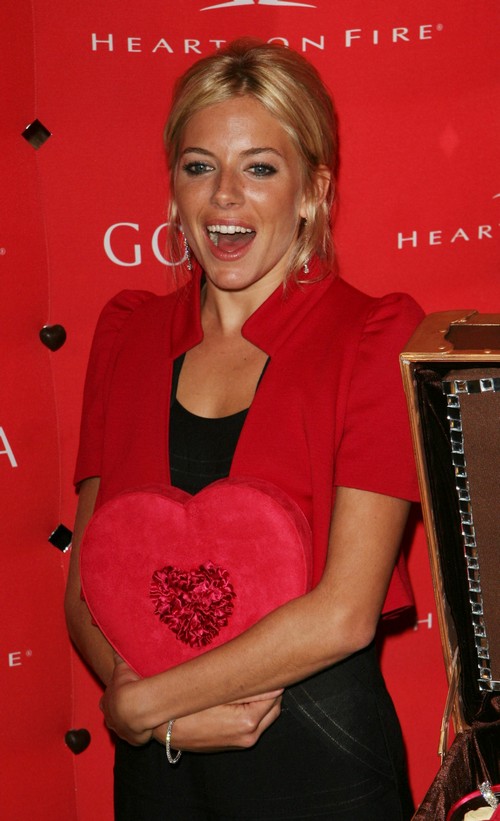 When people say that everyone in Hollywood sleeps with everyone in Hollywood, they’re really not exaggerating, are they? So for some backstory on this whole Jude Law/Sienna Miller/Daniel Craig situation, here it is. Jude Law had to testify in the News of the World hacking scandal yesterday, and some unfortunate details from his past were brought up, most notably the major scandal caused by him cheating on Sienna Miller with his nanny.

This was around 2005, and of course, everyone knew about Jude and the nanny, and Sienna played the victim card pretty well. There were also some whispers at the time that Sienna was getting her revenge on Jude by sleeping with Daniel Craig, who was apparently dating Satsuki Mitchell at the time. And while it remained gossip until yesterday, Jude went ahead and confirmed at the trial that Sienna and Daniel were, in fact, hooking up. So basically, Daniel cheated on Satsuki not once, but twice – once with Sienna, and then with Rachel Weisz, who he later went on to marry.

Jude also admitted that he called Daniel to ‘remonstrate‘ him about hooking up with Sienna while he and Sienna were still trying to work out their issues. He then added that he told Daniel to come clean to Satsuki, although that’s obviously not a problem anymore.

Geez, is there anyone in Hollywood that doesn’t cheat on their respective partners? No wonder they’re so hellbent on their privacy, if this is the kind of stuff that will come out on a regular basis.

What do you guys think? Does it surprise you that Daniel was cheating on Satsuki with Sienna? And that Jude so casually admitted it in court? And moreover, isn’t it odd that Jude and Daniel are still such good friends? Let us know your thoughts in the comments below.