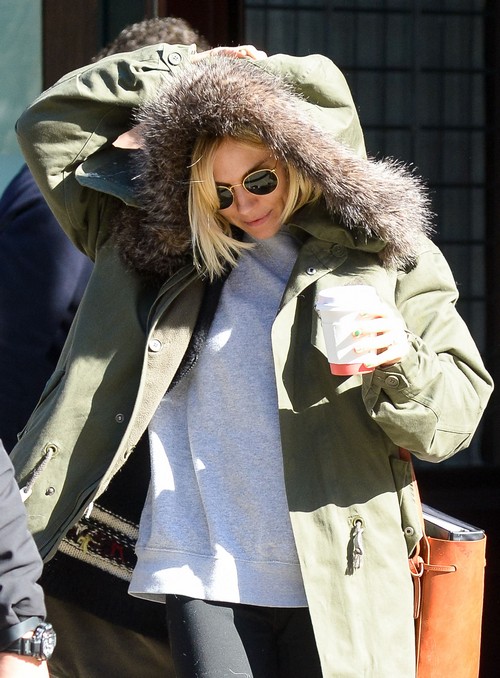 The 2015 Oscars should be a huge night for American Sniper star Bradley Cooper, but his young and jealous girlfriend, British model Suki Waterhouse could cause a scene and ruin the entire night for the actor. It really is funny, before American Sniper rejuvenated Bradley Cooper’s career – his girlfriend Suki Waterhouse was rumored to be bored with her much older boyfriend, and they were on the verge of a break-up. Now that Bradley Cooper is one of the hottest stars in Hollywood again, Suki is suddenly head over heels in love again – and jealous of his relationship with known cheater Sienna Miller!

According to the March 2nd edition of OK! Magazine, “Suki is so fed up with Bradley’s relentless gushing about Sienna’s talent, it has caused some huge fights. Suki told him that if she walks by Sienna at the Oscars, she is going to tell her to stay away from her man. Sienna wants to stay as far away from Suki as possible, the last thing she wants is some trashy drama and to be called a home wrecker by a twentysomething year old girl at such a classy event.”

In Suki Waterhouse’s defense, Sienna Miller did cause quite a stir a few years ago when she had a messy and public affair with fellow actor Balthazaar Getty, who was currently married and had a wife at home. But, the hilarious thing is – Sienna Miller is now engaged and pregnant. Is she really going to try and seduce Bradley Cooper while she is pregnant with another man’s baby, and about to be married? Suki Waterhouse would look like a complete fool if she were to attack a pregnant actress with the lengthy list of credentials that Sienna has – at of all places the Oscars.

We get that Suki Waterhouse is young – but is she really dumb enough to cause a scene with Sienna Miller at the Oscars? Do you think Bradley Cooper would ever cheat on Suki with Sienna Miller, while she is pregnant with someone else’s baby? Let us know what you think in the comments below!