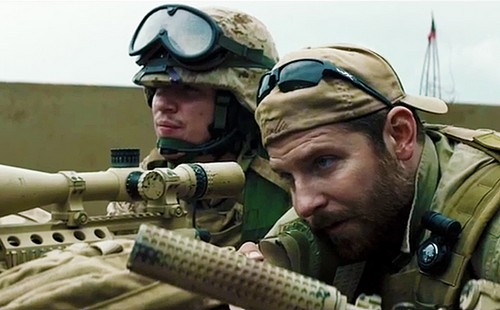 Bradley Cooper’s latest film American Sniper has stirred up some silly controversy as its ticket sales have skyrocketed, but the wife and best-friend of the real life American Sniper Chris Kyle are beyond happy with the film and believe it depicted their loved one perfectly. American Sniper is based on war hero Chris Kyle, who survived four tours in Iraq and boasted the greatest number of enemy kills of any sniper ever. Sadly, in 2013 Kyle was gunned down at shooting range in Texas, by a former marine who suffered from mental health issues. But, even after his death, Clint Eastwood (the producer of American Sniper), and Bradley Cooper – went on with the film, even more determined to honor the war hero.

American Sniper has created some absurd controversy since it hit movie theaters after certain celebs predictably decided to put down the film which depicts America’s efforts to make the world a better place and safer place. Nevertheless Chris Kyle’s wife Taya was beyond thrilled with the outcome of the film and told GLOBE Magazine that she actually thought Bradley was her husband during the movie. And, it’s no wonder that Taya was so shocked by Cooper’s perfect portrayal of her late husband. GLOBE goes on to explain, “The Hangover star ate 5,000 calories a day to balloon up from 185 pounds to 225 pounds, deadlifted 415 pounds, developed a thick Texan drawl and learned to shoot a sniper rifle so well that he could hit a 10-inch target from about 600 yards.”

After seeing American Sniper and Bradley Cooper bring her husband Chris Kyle back to life on the big screen for the first time, Taya gushed to GLOBE, “I couldn’t imagine anyone better. He took the role with all of his heart and care and concern. He just lived it, he studied every video we have.” Chris Kyle’s close friend Clint agreed with Taya and added, “There were three or four times in the movie where I literally just forgot I was watching an actor.”

So, have you gone out to see American Sniper yet? What do you think of Bradley Cooper’s transformation? Have you seen pictures of Chris Kyle – do you think he pulled it off? Let us know what you think in the comments below! 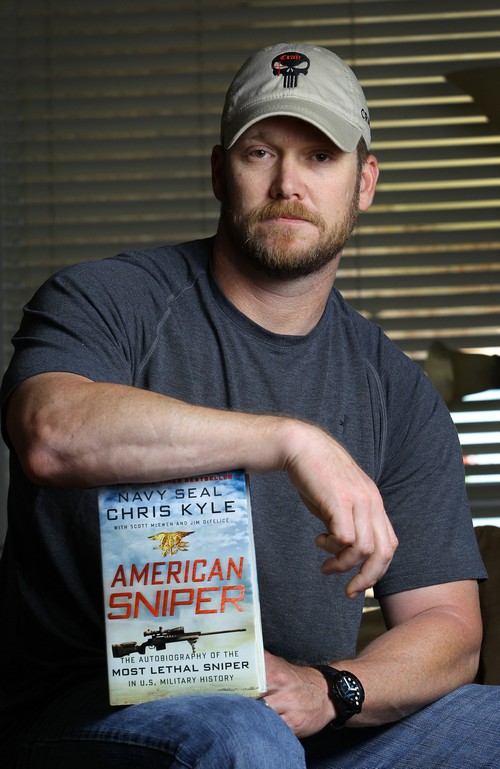