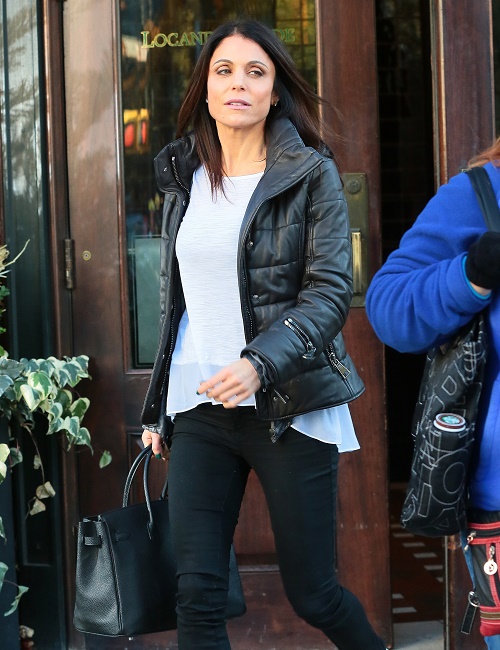 RHONY star Bethenny Frankel and her ex Jason Hoppy’s divorce battle still rages on – and now she’s been ordered to pay him a boatload of cash.  In the most recent update on the case, things are taking a turn for the worse for Frankel. RadarOnline has recently learned that a judge has ordered the reality star to pay Jason Hoppy over $100,000, and they are only giving her until June 1 to do so.

According to the court documents, filed on May 4 in New York City and obtained by Radar, Bethenny Frankel will have to pay Hoppy’s attorney fees, totaling $100,000, by June 1, or she could be in serious trouble. Frankel was forced to previously pay a separate $100,000 for the same purpose, prior to this payment.

The judge ruling in favor Hoppy said in the documents that Hoppy, “lacks sufficient funds of his own to compensate counsel without depleting his assets.” Unfortunately for Fankel, the judge is right. Jason Hoppy, a drug company salesman, has been in a battle with Bethenny Frankel for over two years now and there is no way that he could afford these bills.

Lastly, the judge has ordered Bethenny Frankel to temporarily pay all of the charges for the apartment where Hoppy lives, which is still owned by the two of them. This roughly adds up to $11,000 a month.

Frankel and Hoppy are still battling over the apartment, but for the time being, we would say that Hoppy won that fight.

The judge ordered Bethenny Frankel to pay all of this for 12 months, or until they come to a final divorce agreement. If this isn’t motivation to come to an agreement and move on, we don’ know what is!