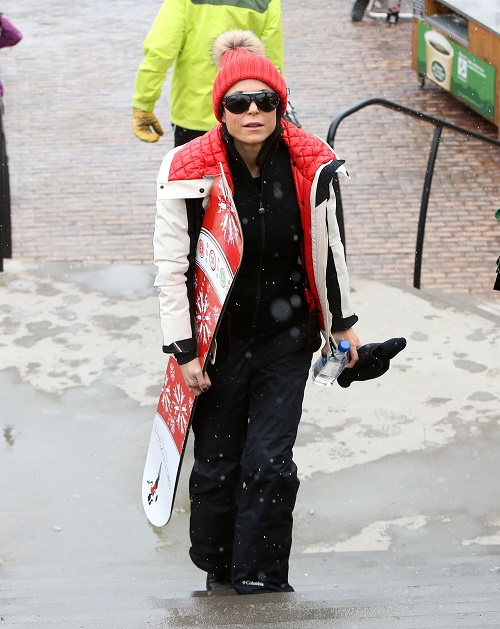 Bethenny Frankel is reportedly threatening to quit The Real Housewives of New York because she’s sick of being forced into confrontations. Yes, that wasn’t a typo, you read that right – Bethenny Frankel doesn’t want to fight with people anymore, y’all. She’s embraced the live and let live lifestyle, and she no longer wants to be used as the show’s punching bag.

A source tells Radar Online, “Bravo has tried getting Bethenny in group situations, but she’s not really having it. She feels these situations are too forced.” And since Bethenny is refusing to play ball regarding her relationships with her co-stars, the show’s producers have tried a different tactic – getting her to talk about her failed marriage to Jason Hoppy. Except that’s not working either.

Radar’s source adds, “Whenever her marriage is discussed, Bethenny walks off the set. She basically is refusing to discuss anything private.” In other words, Bravo is regretting its decision to sign a seven-figure contract with Bethenny, since they’re basically forced to put up with each other at this point. Plus, the whole reason that Bravo brought Bethenny Frankel back was to help the ratings for The Real Housewives of New York recover, but since that hasn’t happened, wasting all that money on her is appearing useless. She was supposed to be the show’s unofficial ‘mascot’, but instead, she’s become another additional expense.

What do you guys think about Bethenny Frankel threatening to quit The Real Housewives of New York? Do you think she’ll somehow get around the contract and find a way to leave the show? Or is she just putting all her cards on the table because she doesn’t want to be manipulated by the show’s producers anymore? Let us know your thoughts in the comments below.