Beyonce Divorce: Taking Fertility Drugs to get Pregnant, Have Baby to Save Marriage to Jay-Z? (NEW PHOTOS) 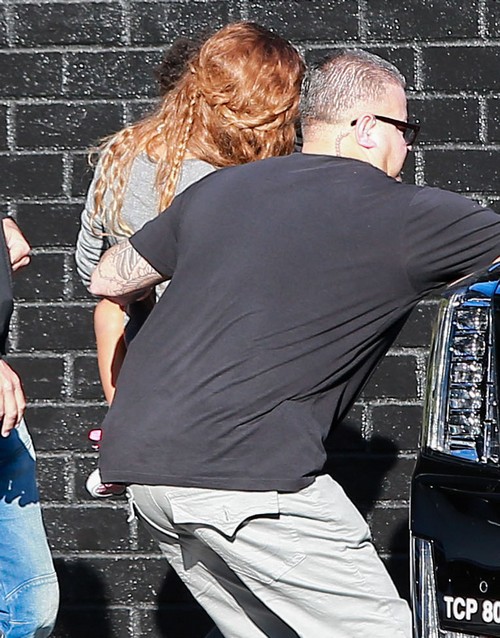 Beyonce and Jay-Z have been on the verge of a divorce for months now, and Jay-Z’s latest love child drama has put ever more strain on their relationship than usual. Obviously Jay didn’t technically cheat on Beyonce if his alleged son is 20 years old – but it still stings because the singer is struggling to get pregnant with another one of the rapper’s babies and give Blue Ivy a little brother or sister. The last thing any woman who is struggling to get pregnant wants to hear – is that her husband got another woman pregnant, regardless of how many years ago it was.

Beyonce thinks that getting pregnant and having another baby with Jay-Z will save her marriage – and according to a new report in the March 16th edition of OK! Magazine Beyonce has gotten desperate and has begun taking fertility treatments. An insider snitched to OK! Magazine, “She avoided the drugs as long as she could – but she finally broke down and it has been as awful as she imagined. When she isn’t on fertility drugs she has amazing skin – so it has been a huge shock to suddenly be dealing with breakouts. Her weight is going up and down, her moods are all over the place, and she cries at the littlest things. Beyonce is going through her own personal hell, she just hopes that it will all be worth it.”

Gaining weight and being an emotional mess sounds like the typical life of an every day woman – so we wouldn’t exactly classify it as “a personal hell.” Welcome to being human! As far as getting pregnant, considering the endless supply of cash and high-end medical teams Beyonce and Jay-Z have at their disposal – there is no doubt in their minds that they will be able to have another baby, or worst case scenario just go buy one. But, will it actually save their marriage and prevent a divorce? Let us know what you think in the comments below!

Beyonce Knowles and her daughter Blue Ivy are seen leaving a jewelry store in Beverly Hills, California on March 5, 2015. Beyonce made sure to cover her face and have her security guards block any attempt at getting pictures of the lovely mother and daughter. FameFlynet