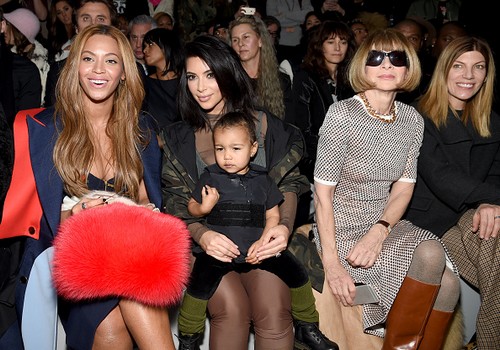 Beyonce is fighting Jay-Z over her feud with Kim Kardashian and desire to distance herself from Kimye after Kanye West’s Beck diss at and after the Grammy Awards. Jay-Z and Beyonce have enough to fight about – between alleged cheating scandals, Rihanna, and whether or not they will be having a second baby. It really is amazing the couple still isn’t divorced. We can now add Kim Kardashian to their lengthy list of things to argue about. Beyonce and Kim Kardashian have been embroiled in a nasty diva feud and war of egos for a few years now. Although the R&B singer and Keeping With The Kardashians star reportedly buried the hatchet to join forces and save their marriages from Rihanna – Beyonce has reportedly called quits on their truce, and is back to hating the reality TV star with a passion since Kanye West dissed Beck in suppoer of Beyonce and Kim Kardashian put the boot in too. Kanye West’s ridiculous display at and after the 2015 Grammys merely cemented Beyonce’s attitude that she is royalty and Kimye are scum. Problem is that Jay-Z is still pals with Kanye and as such has to accept his baggage… Kim ‘sex tape whore’ Kardashian!

Did anyone really think that Kim and Beyonce could be friends? According to the February 23rd edition of Life & Style Magazine, “Jay-Z’s friendship with Kim Kardashian causes new problems in his marriage to Beyonce. Jay feels his wife of nearly seven years is being unreasonable – and worse, that she was openly mean to Kim during their January 17th date at hot spot Ink. On the ride home Jay noted that he’s no fan of Solange (who famously attacked him in an elevator), but he acts civil. And he expects Beyonce to behave the same way with his friends.”

It’s no secret that Beyonce has never liked Kim Kardashian and her family. But, recently she and Kim put their differences aside so that they could fill their social calendars with double dates with their hubbies Kanye West and Jay-Z, in a desperate attempt to save their marriages and keep Rihanna at bay – who is reportedly “getting close” to both men. The honeymoon is over though, and after just a few run-ins with Kim, Beyonce has had enough. The fact that Jay is now taking Kim’s side – is only further infuriating Bey.

Are you surprised that Jay-Z is actually clueless enough to take Kim’s side over his own wife Beyonce’s? Does he not realize that he just started World War 3? Do you blame Beyonce for treating Kim Kardashian like dirt, and wanting her hubby to distance himself from unstable Kanye West, or do you think that she is being a Hollywood Mean Girl? Kimye don’t put a dime in Jay-Z’s massive pockets but Beyonce sure does… Let us know what you think in the comments below!