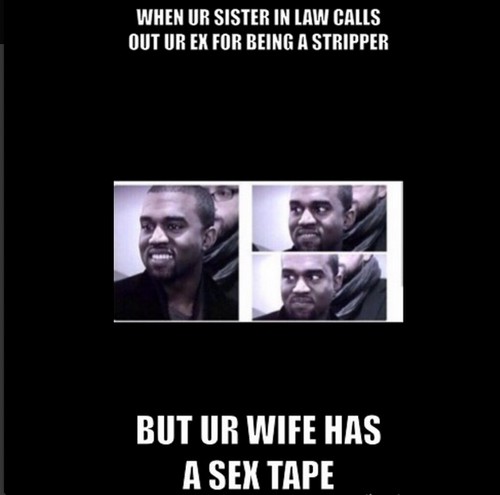 Kim Kardashian just got in the middle of the Amber Rose and Khloe Kardashian Twitter feud and got called a “Sex-Tape Whore!” Amber Rose has always had beef with Kim Kardashian, and the Kardashians in general – but it was subtle, “I don’t like them and they don’t like me” beef from a distance. Until today that is, when Amber Rose and Khloe Kardashian got embroiled in one of the most entertaining celebrity Twitter feuds to date. And, judging from Amber Rose’s latest barrage of tweets and memes, Khloe Kardashian is fighting a losing battle at this point. Khloe tried to take the “high road” which is really ironic since most people that are taking the “high road” don’t start Twitter feuds and call people cheap strippers – Amber Rose has clearly been saving a slew of clever insults just for this occasion, and probably has a whole lot more stocked up.

The epic Twitter feud between Amber Rose and Khloe Kardashian kicked off today when Khloe heard Amber’s Power 105 interview in which she dissed Kylie Jenner’s cheating relationship with Tyga and said that Kylie was “just a baby” and should be home in bed at 7:00, not out wrecking her BFF Blac Chyna’s home. Khloe took to Twitter and began ranting that Amber Rose had no right to talk about Kylie, because she was a stripper when she was only 15 years old. Khloe went on to complain that Amber should keep her family’s names out of her mouth in interviews, since she and her sisters never mention her.

Amber Rose wasn’t about to take Khloe Kardashian’s tweets lying down though. Wiz Khalifa’s baby-mama fired back on Twitter and tweeted, “@khloekardashian I’m happy u brought up the fact that I was a stripper at 15… I’ll be that lil whore to support my family like ur older sister is a whore 2 support hers. We’re even. #MuvaGivesFacts.” Just in case Khloe didn’t realize that Amber was referencing Kim Kardashian’s sex tape with Ray-J, Amber Rose followed up with a hilarious meme – a picture of Kanye West and captioned it, “When ur sister in law calls out ur ex for being a stripper, and ur wife has a sex tape.”

Then Amber Rose got certifiably gangster on Twitter and posted another meme, a photo of Kanye West talking to Khloe and all of her sister and captioned it, “She’s from South Philly, ya’ll might not want this problem.” Khloe Kardashian may be a badass in comparison to other Hollywood stars – but I think we can all agree that she and Amber Rose are cut from a different cloth. Khloe may have started this fight on Twitter, but let’s hope for her sake Amber doesn’t decide to finish it in person. 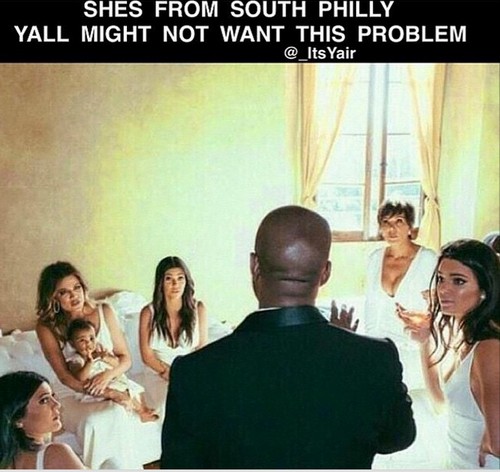