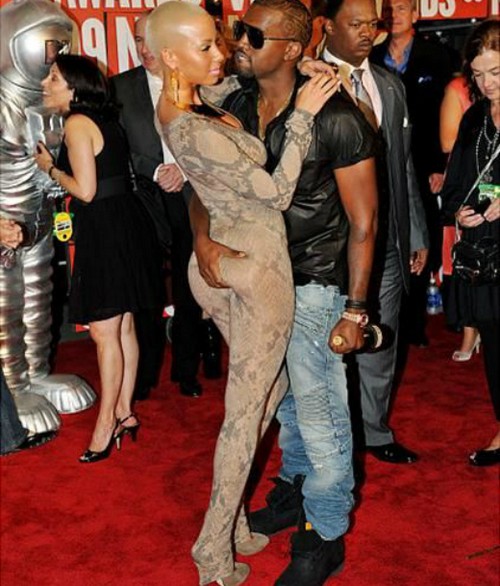 Shots fired! The feud between Amber Rose and the Kardashians just got a whole lot hotter. Amber Rose opened up a can of worms when she showed up for an interview at Power 105.1’s “The Breakfast Club,” and offered up her two cents on Tyga’s hot and steamy affair with underage Keeping Up With The Kardashians star Kylie Jenner. When the interview went public, Khloe Kardashian was NOT having it. On February 16 Khloe took to Twitter to let Amber Rose, and her 12.5 Million followers know that she was not going to sit back and let Amber drag her sister’s name through the mud.

Amber Rose and her feud with the Kardashian family has been ongoing for quite a while. The rivalry developed when Kim Kardashian and Kanye West began dating while Amber was still with Kanye, and Kim became obsessed with her now hubby’s ex. To add insult to injury, when Amber’s husband Wiz Khalifa cheated on her and their divorce went public – Khloe Kardashian was spotted out at a restaurant with Wiz the very same week. Now, Amber Rose is best friends with Kim’s ex-BFF Blac Chyna, Kylie Jenner’s boyfriend Tyga’s baby-mama. To be completely honest, we’re surprised it has taken this long for one of the Kardashians or Amber Rose to throw the first “punch.”

In Amber Rose’s interview with Power 105 she totally slammed Khloe’s little sister Kylie and her relationship with Tyga. Amber ranted took Blac Chyna’s side and ranted, “She’s a baby, she needs to go to bed at 7 o’clock and relax. That’s ridiculous. [Tyga] should be ashamed of himself. For sure. He has a beautiful woman and a baby and left that for a 16-year-old who just turned 17.“

Khloe was livid when Amber’s interview went public and she took to Twitter to call her brother-in-law Kanye’s ex out on what she said. Khloe tweeted, “I was a stripper since I was 15 years old,” Amber Rose told Foxx. Please don’t worry about my sister who has a career & her shit together at ONLY 17 – people who live in glass houses shouldn’t throw stones. Please stop talking about us in interviews mama. None of us talk about you. We get asked questions about people all the time and my sisters and I always take the high road and don’t answer. Truth is we don’t know these people. I don’t know Amber so why would I comment on her. I’m not going to comment on someone I don’t know.”

So far Amber Rose hasn’t fought back on Twitter – but let’s be real it is only a matter of time before she does, because she has just as little class as the Kardashians. Frankly, we’re just going to sit back and watch the fireworks and wait for the drunken bar brawl that is sure to ensue between Khloe Kardashian and her “mob” (which she kindly refers to them on Instagram” and Blac Chyna, Amber Rose, and their gaggle of crazy strippers. Anyone want to put money on which squad will be victorious?