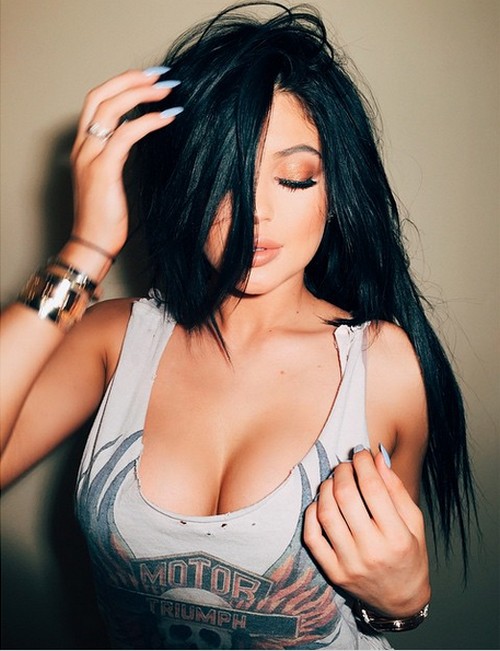 Drake has called out Tyga or dating underage Kylie Jenner. Feuds in the rapper world are nothing new, and the latest one involves some pretty big names – Drake and Tyga. Tyga fired the first volley in the feud by calling Drake ‘fake’ in a recent interview, and clearly, Drake did not handle that very well.

Drake released a new album ‘Views From The 6’ on Thursday night, and one of the lyrics is clearly aimed at Tyga. He sings, “Oh you tried, it’s so childish calling my name on the world stage. You need to act your age and not your girl’s age.”

For those who don’t know [or have been living under a rock], 25-year-old Tyga has been dating 17-year-old Kylie Jenner for quite some time, and the relationship has drawn its fair share of critics. Most people aren’t happy with the age difference, largely because Kylie Jenner is still a teenager and Tyga is 25 years old. However, it’s clear that Drake’s diss about Tyga and Kylie Jenner dating wasn’t out of any worry or concern for Kylie, but rather a way of calling out Tyga’s immaturity. After all, Tyga did tell the whole world that he didn’t ‘like Drake as a person’ because he was so ‘fake’.

Of course, Tyga is not going to take Drake’s diss lying down. He’s already retaliated to the song lyrics via a tweet ranting, “Drake u still a bitch. All that sneak dissing is weak. Just pull up. I know where u live and u know my address. U been ducking the fade from Brown.” Obviously, the Brown comment has to do with Chris Brown and Drake’s never-ending feud with him over Rihanna.

Overall, this is yet another rapper feud that is borne out petty differences and arguments, although if we’re being fair, this really was Tyga’s fault. He’s the one who publicly stated that he didn’t like Drake, so of course Drake was going to retaliate. What did Tyga expect? Of course let’s also remember that rappers indulge in feuds primarily because they are good for business and help maintain their gangster image. Most rappers are no more gangster than Justin Bieber.

What do you guys think of Drake’s ‘Views From The 6’ diss against Tyga? Let us know your thoughts in the comments below.