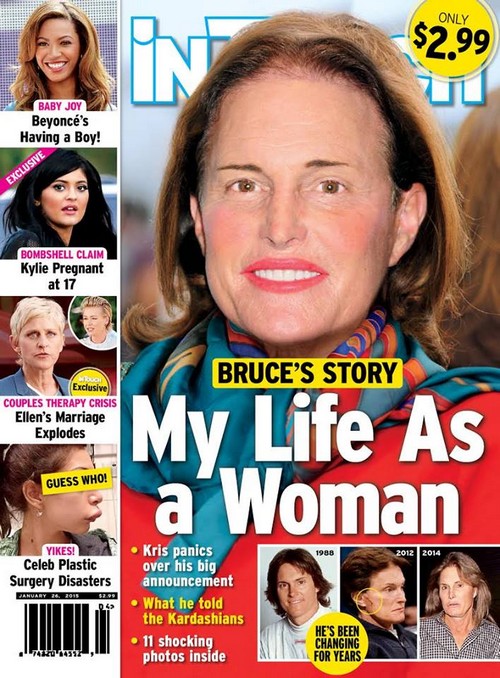 Kim Kardashian has never been good role model for the younger members of their family, and Kendall Jenner’s and Kylie Jenner’s behavior is certainly proving that. According to the latest cover photo of In Touch Weekly, Kylie Jenner might be pregnant at 17 years old. Is this better or worse than Kim Kardashian’s sex tape fiasco?

According to In Touch, Kylie Jenner and her boyfriend Tyga have been getting hot and heavy recently, and it seems like it’s resulted in a possible pregnancy for the still-underage Kylie. Considering that Tyga is 25 years old, there could be legal ramifications to this whole situation, if it ends up that Kylie is indeed pregnant.

Of course, blaming the lack of parental supervision is normal when 17-year-olds get pregnant, but in this case, it’s completely justified. Not only has Kris Jenner actively encouraged Kylie to date Tyga and other famous musicians and celebrities, but she’s been completely AWOL when Kylie has been jet-setting around the world with her 8-years-older boyfriend. What mother would let their still-teenage daughter go around with her 25-year-old boyfriend without any form of adult supervision? I mean, sure, Kris is too busy running her media famewhore empire, and she doesn’t have time for her 17-year-old daughter – especially when she’s too busy pimping out Kendall Jenner and her modeling career to anyone who’s even the least bit interested.

In the end, I don’t think anyone will be the least bit shocked to find out that Kylie Jenner is pregnant. Plus, it might come as a shock initially, but if Kris Jenner could turn Kim Kardashian’s sex tape into a business opportunity, then she’ll find a way to do the same for Kylie Jenner’s pregnancy.

What do you guys think? Is Kylie Jenner pregnant with Tyga’s baby? Let us know your thoughts in the comments below.