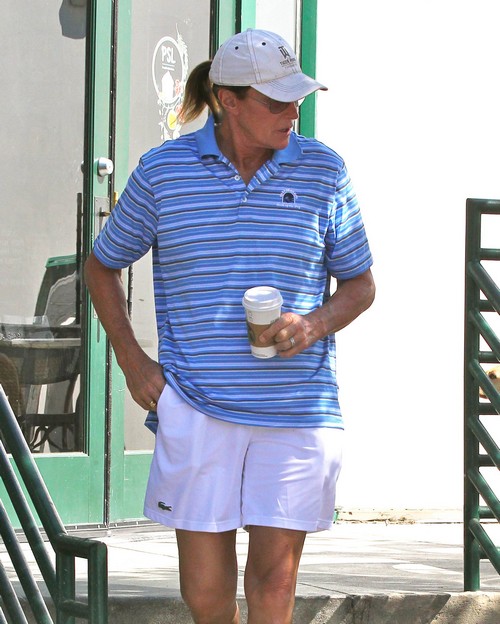 Cross-dresser Bruce Jenner is reportedly desperate to save Kylie Jenner from negative influences, but Kylie Jenner seems to have gotten more Kardashian genes in her than Jenner genes and won’t listen to her sex-change dad. Kylie Jenner is only 17 years old, and by rights, she should be under parental supervision – especially when she’s traveling around the world, partying, and drinking as much as she does and sleeping with her adult boyfriend, Tyga. Imagine, Kylie Jenner has a 25-year-old boyfriend, Tyga, and does anybody care? Kris Jenner is too busy with her famewhoring domination plans to give a second glance to Kylie Jenner, and the only person who might care enough to interfere – her father, Bruce Jenner – isn’t there.

However, sources tell OK! Magazine that Bruce Jenner has finally had enough, and is putting his foot down with Kris Jenner in terms of parenting Kylie. OK’s source explains, “For the longest time, Bruce kept the divorce amicable. But now that it’s finalized, he’s ready to stop stepping back. It’s killing him to watch her look the other way as [Kylie and her sister Kendall] date older guys and make one bad decision after another.”

Bruce Jenner can whine and cry as much as he wants, but will Kylie Jenner actually listen to him? For one thing, she’s used to a certain amount of freedom now, and she’s not going to accept her life in any other way. And for another, Kylie – and to some extent, the rest of her family – view her father as a kooky weirdo cross-dresser who’s going through a major identity crisis. They’re not going to listen to him, because in their mind, he’s dressing like a woman and is in pre-op for a sex change and doesn’t have any rights to tell them what to do. It’s silly because he’s still their father, whatever else he does in their private life, but they feel like since he’s making such a drastic life change, he has no rights to tell them how to live their life.

What do you guys think? Should Kylie Jenner listen to her father when it comes to these ‘negative influences’? Or does Bruce not have a right to parent his youngest child because he’s going through a sex change?