Brody Jenner and Kaitlyn Carter Engaged and Getting Married: Bruce Jenner Plans To Dress As A Woman For Wedding? 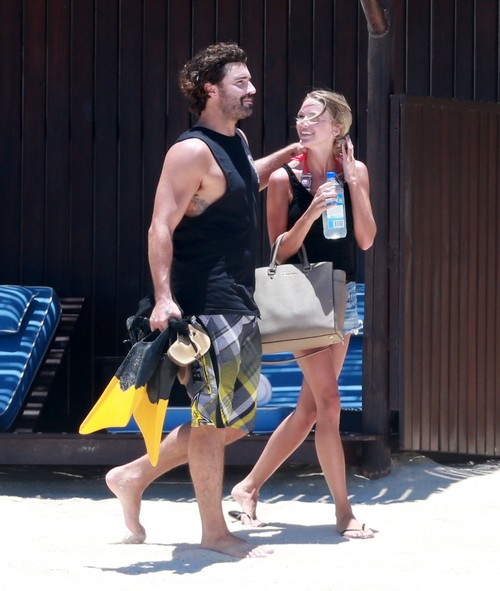 Is Bruce Jenner’s son Brody Jenner engaged and getting married to Kaitlyn Carter? Even more interesting from a gossip perspective is whether Kim Kardashian, Kris Jenner and all the rest of the coarse sleazy Kardashian/Jenner clan will be banned from the wedding. But the most newsworthy aspect of this whole deal is whether Bruce Jenner, the groom’s proud father will show up dressed as woman or as a man?

Before we even knew nor cared about the Kardashians, we watched Brody Jenner break hearts left and right on MTV’s reality TV series The Hills nearly eight years ago. Since then Brody has taken a back seat to his infamous step-sisters, The Kardashians, and apparently done a lot of growing up in the process. Brody reportedly is in a very serious, and shockingly monogamous relationship with his longtime girlfriend Kaitlyn Carter.

According to the January 5th edition of OK! Magazine, Jenner planned to propose to Kaitlyn Carter over the holidays and ask the 26 year old beauty to marry him. One of OK! Magazine’s inside sources reported, “He’s madly in love with her. Brody has a traditional low-key wedding in mind. He wants to get married in Italy like Kim and Kanye, but at a tiny old church, with just a few immediate family members – not including his star step-siblings.”

So, the Kardashians are officially banned from the wedding, but what about his father Bruce Jenner? It’s no secret Brody and Bruce Jenner have had a strained relationship over the years, and as Bruce and the Kardashians fame grew – so did Bruce’s issues with Brody. While some sites and sources are claiming all of Bruce’s family fully supports his decision to become a woman, several other sources are claiming that it has caused a major riff in the family. The buzz in their inner circle is that Bruce and Brody haven’t spoken in months and he has no intention of inviting his father to their wedding. Some friends of Brody’s think that he is scared his father’s presence will turn his special day in to a huge scandal – especially if he shows up wearing make-up and dressed as a woman.

So, are you as shocked as we are that Brody Jenner is finally settling down and getting married? Do you think it is wrong of him to ban the Kardashians from his wedding? Will Bruce go dressed as a man or a woman? Let us know what you think in the comments below!

Brody Jenner and his model girlfriend Kaitlyn Carter relax on the beach in Cabo San Lucas, Mexico on June 24, 2014. FameFlynet