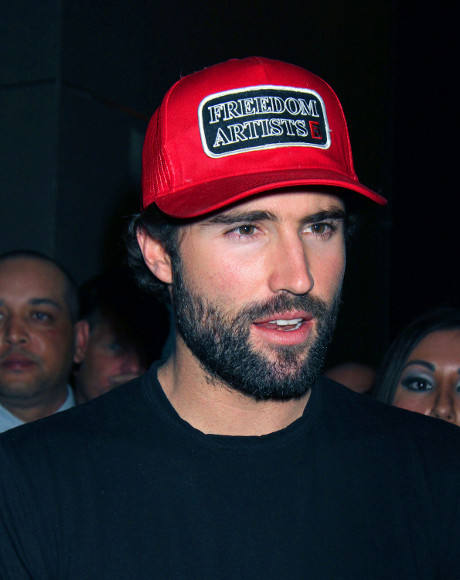 Bruce Jenner seems to be doing a million times better since he and the controlling Kris Jenner split a couple months ago. Brody Jenner, Bruce’s son, confirms that his father is “better than ever” and cherishes his new found freedom away from the suffocating hold of the Kardashian clan. So how is he celebrating? Well, he’s rebelling, of course, doing all the things Kris and the girls would never allow him to do . . . . Like grow his beautiful hair out. (Um, okay?)

“He seems like he is doing great,” Brody told NY Daily News. “Seems like better than ever … growing his hair out, and he has a ponytail. He does a lot of these things in spite of the girls.” He continues, “One of the girls will make fun of his hair or say something about his hair, and he’ll grow it longer just because they’re saying that. He’s one of those types. Even though maybe he’ll want to cut it, he won’t just because when he goes over to the house, they’ll say, ‘Oh my God, what’s going on with your hair?’”

Brody has never hid his disdain for Kris Jenner — or her intentions — and while the two will probably never become drinking buddies, he tells the outlet that they’ve had some heart-to-heart talks that have smoothed things over. Somewhat.

“The tension was real as far as growing up not knowing her intentions, who she is, there was obviously just drama between the family and parents. Kris and I have had some very deep, long conversations, and we actually really got to know each other, and so we’re all good now.”

What do you think of Bruce rebelling against his family, even if the rebellious acts he’s choosing to employ are a bit childish and ridiculous? Sound off in the comments section below!