Kylie Jenner and Kendall Jenner Not Speaking To Each Other, Kylie Jealous Of Kendall’s Modeling Career? 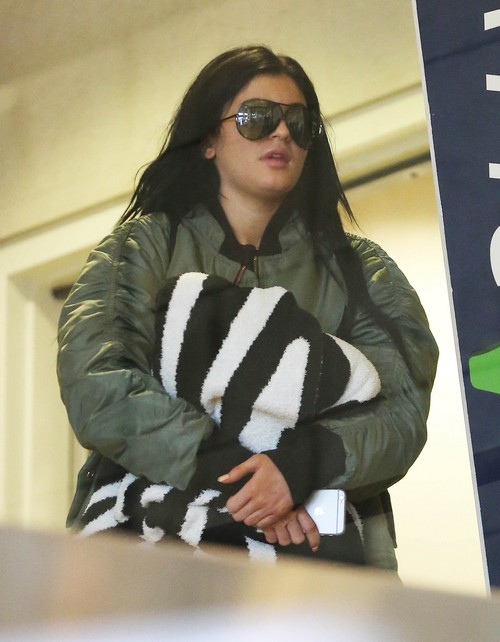 Kylie Jenner and Kendall Jenner have always given the image of being extremely close to each other, but that relationship seems to have dwindled over the recent years as Kylie has grown jealous of Kendall’s modelling career. Recent reports have been suggesting that Kylie is extremely jealous of Kendall’s modeling career, and the fact that Kendall seems to have a life outside the Kardashian brand.

A source tells Naughty Gossip, “Kylie is proud of what Kendall has accomplished, there is no doubt of this. But she is having a real hard time understanding why her sister is so much more successful than her in business and modeling. Kylie feels that she has done everything she can and is still coming up short; it’s discouraging to say the least.”

It’s easy to understand where Kylie’s frustration comes from, but she should know that it’s a brutal and superficial world out there better than anybody. Kendall Jenner is successful at modeling because she is considered more physically attractive and aesthetically appealing than Kylie Jenner, and there really isn’t anything else to it. Kendall has the body shape and the facial structure to do print modeling and runway modeling, and she took advantage of that [or rather, Kris Jenner took advantage of that] at a young age.

Meanwhile, Kylie Jenner is too busy dying her hair and experimenting with her lips and going crazy with her clothes. While that’s all well and good for her publicity, it’s not going to help her long-term career – whatever that may be.

Either way, Kylie Jenner and Kendall Jenner are reportedly not speaking to each other right now, mostly due to Kylie being jealous of her sister. Perhaps she’ll grow accustomed to it over time, but for someone as used to the spotlight as Kylie, I don’t think it’ll be easy to live in her sister’s shadow.

What do you guys think? Will the siblings sort this out, or will it continue driving a deeper wedge between them? Let us know your thoughts in the comments below.