Kendall Jenner Is The New Face of Estee Lauder (VIDEO) 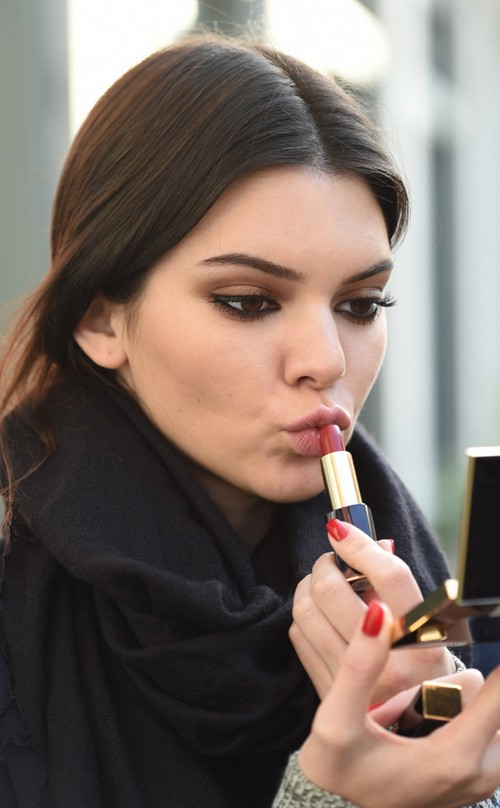 “Keeping Up With The Kardashians” star Kendall Jenner has been named the new face of Estee Lauder! So now she is not only a model, but also a branding item for a major makeup and fragrance franchise. The budding model, who has shunned her last name in favor of a mononym in the modeling world has announced the news earlier today.

Big sister Khloe Kardashian took to her official Instagram account to share the news with her fans and followers by posting a video of Kendall Jenner in a video clip for the makeup brand. She said on the social networking service, “I am literally jumping up-and-down with pride and joy for my baby sister!!!!! @kendalljenner is the new face of @esteelauder!!! It takes so much courage to actually go ahead and conquer your dreams. Most people just talk about what they want to do. You are actually living what you’ve dreamed you’d always do! Proud of you baby girl. @voguemagazine”.

Jenner has previously commented that she chose to be known in the modeling world as only Kendall because she didn’t want her famous family to hinder her success and didn’t want to be handed anything because of who she was. She actually said that the Jenner name had people thinking that she was just given a modeling career, but wanted fans to know that she worked harder than others for what she’d achieved.

In it’s description of Kendall, Estee Lauder refers to her as a “fashion muse, it girl and Instagram sensation.”

In the video clip, Kendall says, “To think back to being a young kid playing with Estee Lauder and then jump to now and a part of this family, it’s so awesome and incredible and I just feel so blessed.”

Do you think that Kendall Jenner was handed everything on a silver platter because of who she is? Does she have the chops to make it as a model without her famous family standing behind her? Sound off with your thoughts in the comments section below.