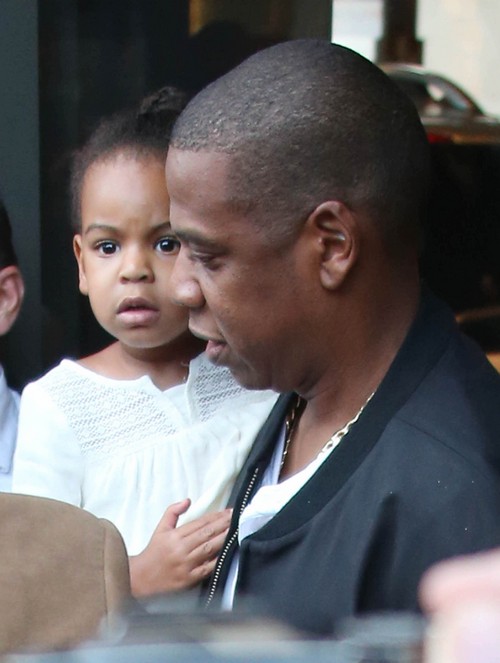 Beyonce is ready to divorce Jay-Z over his alleged love child Rymir Satterthwaite and who can blame her? In fact Beyonce is insisting that Jay-Z man up and take the paternity test to prove the truth and clear his name. Jay-Z’s alleged long lost love child, Rymir Satterthwaite, is reportedly still trying to prove his paternity. Although some people are simply dismissing Rymir as a gold digger looking for his fifteen minutes of fame, there are enough coincidences to make some of us think twice about whether Rymir is telling the truth.

Update: Photo evidence of Jay-Z with Ryan’s mother Wanda has been presented by Diary of a Hollywood Street King! Beyonce is freaking… looks like Blue Ivy has an older brother!!

“Jay Z knows he used to smash Wanda on a regular back in the day. Wanda told Rymir that Jay Z is his dad.”

For one, Rymir alleges that Jay-Z had an affair with his mother, Wanda, around the exact time that he would have been born – in the early 1990s. Rymir has already accused Jay-Z of lying in court to avoid having to take a paternity test, which Rymir is confident would prove that Jay-Z is his father. But alas, there are other similarities between Rymir and Jay-Z that are already raising eyebrows. Although the court case has already been dismissed once, Rymir has been doing his best to prove that Jay-Z is his father – including rapping. Yes, both Rymir and Jay-Z rap – and Rymir’s pretty good, too. Sure, Rymir might have always been a good rapper, but musical talent can be a genetic trait, no?

Plus, medical experts have already started weighing on the facial similarities between Rymir and Jay-Z, and they’re all agreed that Rymir could easily be Jay-Z’s long lost love child. For one, the eyes, the nose, the lips, and the facial structure are all similar, according to the experts. All the doctors are agreed that Rymir and Jay-Z could easily be genetically linked, although you can’t really prove anything without a paternity test.

Now, there could be many reasons that Jay-Z is avoiding taking this paternity test, including the fact that he might be Rymir’s father and doesn’t want to face Beyonce’s wrath. Man, it hasn’t been a good week for Beyonce and Jay-Z, has it? In fact, it hasn’t been a good year for them, starting with elevator gate, then divorce rumors, then cheating rumors, and then Beyonce’s unretouched photos leaking this week. If it turns out that Rymir Satterthwaite is actually Jay-Z secret love child, I don’t see how Beyonce and Jay-Z will be able to move past that – a.k.a. expect an official divorce announcement soon after. 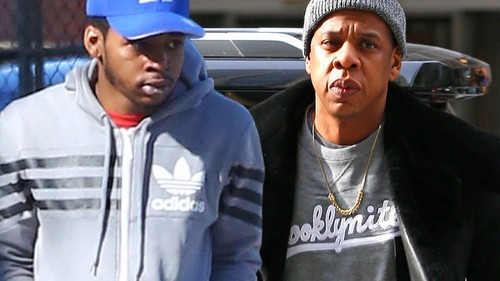