Beyonce Divorce Back On: Jay-Z Fails to Get Bey Pregnant With Baby Number Two, Fertility Problems? 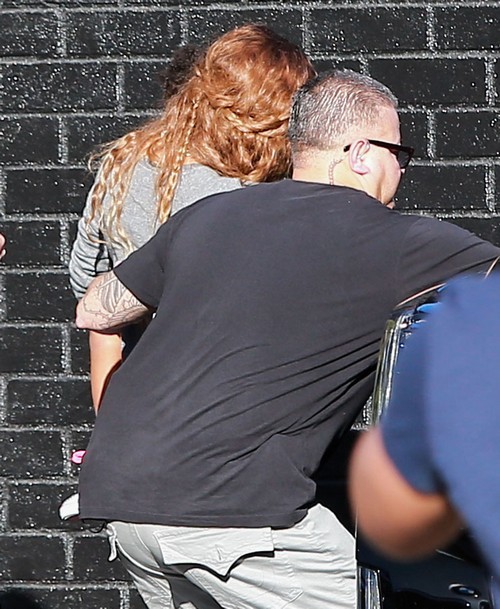 Beyonce and Jay-Z’s divorce is back on – rumors have been floating around for months now that the couple was ending their marriage. But, Beyonce was determined to get pregnant with baby number two and save her and Jay-Z’s relationship. There is no doubt in anyone’s mind that Jay and Bey were the happiest we have ever seen them when she was pregnant with Blue Ivy and their baby was born. So, like so many couples before them, Beyonce and Jay-Z were certain that another pregnancy would repair all of the damage that Jay’s cheating scandals and love children have done to their marriage.

Beyonce and Jay-Z have been trying to get pregnant with baby number two for nearly a year now – and Beyonce’s fertility issues are no secret. Earlier this month news broke that Bey was on fertility shots and was visiting a fertility doctor because she and Jay were having a tough time conceiving. Anyone who has ever been on fertility treatments or had to live with someone who has been on them can tell you that the patients are generally an emotional and over-dramatic mess. And, Beyonce was no exception.

With their marriage already crumbling, and the stress of not getting pregnant coupled with Beyonce making herself sick and miserable with fertility treatments, they are just speeding up the inevitable – a divorce. Jay-Z’s latest love child scandal (Rymir Satterthwaite) was the final blow to the fragile marriage. Sure, the alleged son of Jay is an adult now – which means Jay didn’t actually cheat on Beyonce with his mother, but that doesn’t help his case any. The last thing any woman wants to hear after a year of desperately trying to get pregnant and fertility treatments, is that her husband was able to get another woman pregnant, even if it was over 20 years ago.
The odds of Jay-Z and Beyonce making it through 2015 without getting a divorce are slim to none – unless Beyonce miraculously gets pregnant. Do you think that another baby will save their marriage, or is it too late? Let us know what you think in the comments below!