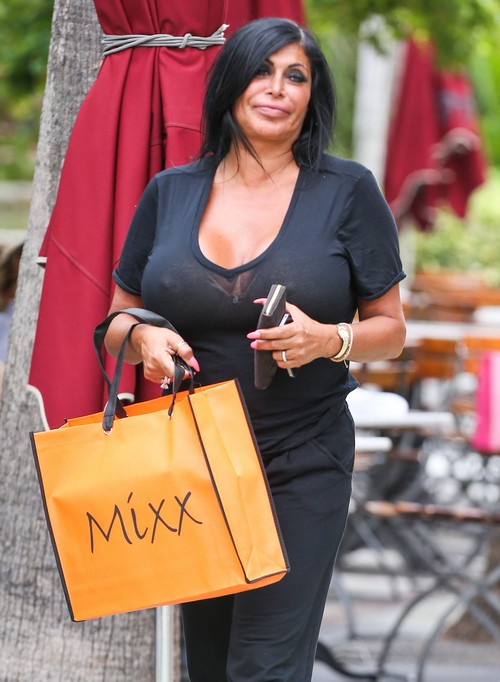 We reported earlier that Mob Wives star Big Ang, Angela Raiola, had discovered a tumor in her throat, and now TMZ is reporting that the tumor is malignant. Ang’s sister, Janine Detore, spoke to TMZ about the tumor and admitted that it was on Big Ang’s voicebox. Apparently, the doctors had discovered that the tumor was cancerous after running several blood tests, following Big Ang’s voice deteriorating after the discovery.

Janine also admitted that the doctors had run more tests to figure out how far the cancer had spread. And even though there is no history of cancer in the family, the fact that Big Ang has been smoking for 42 years probably has something to do with the tumor. Janine says the entire family is praying for her sister, adding, “We are hoping for the best and are focusing on getting through the holiday. We love the fans and want to thank them.”

However, despite the grim outlook, Big Ang has announced that she’s not letting the bad news get her down. She already took to Facebook to reassure her fans that she would be just fine, writing, “Big Ang isn’t going anywhere! This is a minor setback, but I promise you this…I already have some BIG things in the world and will be returning to your TVs very soon. I had a nerve wracking couple of days, as would anyone when you hear testing…However, I am home peaceful and relaxing.”

She also added a thank you to her fans for staying by her side throughout this ordeal, and mentioned that they were lucky that the doctors discovered the cancerous tumor early. From everything she is saying, it looks like the tumor hasn’t spread very far and is treatable – but regardless, Big Ang is probably going to have to quit smoking for good.