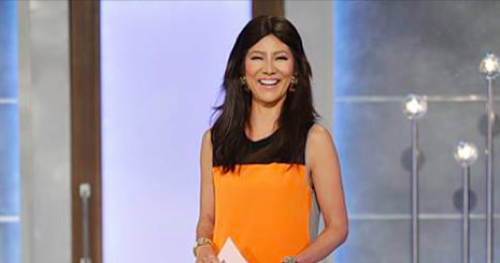 Tonight on CBS Big Brother 17 airs with an all new Thursday August 20, season 17 episode 26 called “Episode 26”, we’ve got your recap down below! On tonight’s episode another houseguest is evicted from the compound. Check out out BB17 spoilers poll and see who fans predicted will be evicted tonight!

#BB17 picks up after the veto ceremony where Liz decided to leave Becky and John on the block. Austin tells Liz that Becky’s speech was threatening and they have to watch out. Becky goes to talk to John outside and they talk about Vanessa. John is feeling pretty good about his chances to survive the veto and has decided to play the dead fish strategy where he does nothing. James looks at the camera standing beside Meg and says they’re engaged and getting married. Meg laughs.

Julia helps James flirt with Meg and gives him tips. James says it’s just he and Meg in this game since their other allies have been taken out. He thinks Meg is crushing on him but Meg says she’s not interested. James goes to step up his prank game. He wraps Steve’s stuff in saran wrap onto a dental chair. He pulls off the blanket and sees the clothing cocoon. Everyone watches and laughs. James laughs and says he feels a little bad then says he doesn’t and will keep doing it to him.

John talks to Steve about where they stand. John says it’s either Austin and the twins or James and Meg. He says if they go with James and Meg, they’re the larger threat. Steve thinks they should go with the twins and lock it down. Steve and John go talk to the twins. Julia tells John she’s a triplet and there’s someone else coming. Then she says they definitely want to work with him. Julia says they’ve all heard about Vanessa and they’re over it.

Liz says Becky and others have told them stuff about Vanessa and they’ve confirmed it with her behavior this week. Liz says they’re just playing dumb and not telling her anything. Austin comes in and the guys joke that they’re in a new alliance with the twins and he’s not in it. Then they talk about taking Vanessa out but the twins say they’re scared to do it. John says he’ll do it and says he’s willing to do it.

Becky talks to the twins and Austin and says she knows it will come down to their votes. Becky says everyone knows her target is Vanessa and that gets them an extra week in the house. She tries to talk to them voting for John. Liz says after she leaves they have to decide if it’s better to go with Becky or John since both are targeting Vanessa. Back from the break, it’s live and the house guests give Julie a snap in greeting. She says it seems scary in the BB house.

She plays some clips of James creeping around pranking people after dark. Then we see him hiding under the table scaring Julia then hiding in Julia’s bed and scaring her. Then Julie talks about the Otev challenge and tells Meg ouch then plays the clip of her falling on her face. Julie asks what Steve misses from home and he says his mom since he usually talks to her every day. We see Steve talking to the camera and telling her that he misses her and she shouldn’t worry for him.

We then see Kathy, his mom, and she talks about how they always watched the show. She says he’s a kind boy who has always loved to play music then rattles off all the instruments he knows how to play. Ron, Steve’s dad, says his son is a loner who spent more time studying than making friends. Kathy says Steve has always talked to himself but also knows that she’s listening and says the whole town is thrilled to have Steve on TV. We see a viewing party and a rally in his honor.

The Mayor named a day after Steve and they had a big celebration. The whole town is wearing Steve shirts. We see Amanda, the girl he went to Junior prom with then there are some kids from town who say he’s inspired them to be on BB. Next we get a look at the jury house with Shelli and Jackie. The #BBJury house is cool and Shelli says it’s an out of body experience. She wonders if Vanessa will be next and blames her for she and Clay getting voted out.

She’s excited but sad to see Jackie then shocked to hear that Steve put her up. Jackie plays her the tape of Steve winning HOH and says she thought she and Steve were okay. She says Steve told her after he nominated her that he did it because she was going to back door him. Shelli is shocked since she knows that was never Jackie’s plan. Jackie says she knows Vanessa did this. Jackie tells her the whole house knows about her now.

Julie breaks the news to Becky. She’s greeted by loud cheers from the audience. #BasicBecky is gone and it’s down to the final eight. Becky says she’s not really surprised since she lost Jackie and John was her ally and was on the block with her. Julie asks why she couldn’t get Vanessa out. She says James and Meg saw that Shelli was more of a threat to their game and she was blinded by her issues with Vanessa. Julie says she applauds her bold move by refusing to make a deal with Vanessa.

Julie asks if she regrets making it so obvious. Becky says she does and says she’s a direct person and she was confident that her plan would go well. Becky says yes and no on regrets and says it could have gone well. Becky says Vanessa is really smart and gets the big picture but she’s not necessarily the best player and says you can’t underestimate Steve. On the videos, John says he’s sad that she’s gone and says he hopes she can fight her way back in.

Liz says she’s sorry she had to go and says she was a big threat. Steve says he loves the game she played with big moves and winning competitions. Vanessa says she likes her as a person but on a game level, they are against each other. Julie asks if she gets back in the house will she befriend her or go after her and she says she would maybe ally with Vanessa. She says she would probably target Liz if she goes back into the house. We see a flashback of past Zingbot appearances.

Now it’s time for the #HOH competition. This is called Ready, Set, Whoa and it’s track meet themed. They have to wait for ready, set, go. The words can show up in a few seconds or up to 30 minutes. They have to hold down three buttons and hold them until all three words display. It takes a while but all three words finally display and Meg is out on round one. The game plays on and we won’t see the results until Sunday.

During next week’s live show, the current jurors including next week’s ousted house guest will get a chance to get back into the BB house. We go back to the HOH as they prep for round two then the credits roll.