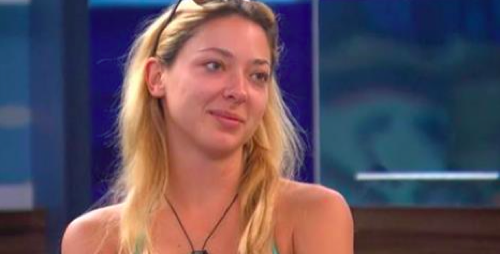 Tonight on CBS Big Brother 17 airs with an all new Sunday August 19, season 17 episode 25 called “Episode 25”, we’ve got your recap down below! On tonight’s episode the Power of Veto competition is held. Check out our CDL spoilers and vote in our poll for the houseguest you think should be evicted next!

On tonight’s BB17 as per the CBS synopsis “during the veto meeting, the power of veto competition winner can save someone from eviction.”

#BB17 picks up after the nomination ceremony. Liz nominated John and Becky but is still thinking about back dooring Vanessa. John is determined to win the veto so he can stay another week and get Vanessa out. Austin is upset that he got the “death stare” from John when he tried to hug him after nominations. Vanessa goes to talk to John again and says he’s not going home and has nothing to worry about. She then tries to tell him she was up there looking out for him with Liz and Julia but of course he doesn’t believe her – because she’s lying big as day.

Austin tells Liz and Julia that John hates them all and gave them an ugly look. Austin says it’s ridiculous he hasn’t come to talk to them and try and make a deal. Steve comes and tells John that he needs to stop fighting with Vanessa and tells him to get some sleep and try to win. Steve goes upstairs to talk and he hears the twins saying that if John is moping around and they tell John that if he would just talk to them, they could pull him in. Liz wonders if he will come after them and wants to know where he stands.

John talks to Becky and she says she had all the votes then Vanessa pulled something now they’re stuck up there. Becky says from top to the block. Austin says they need to watch how Vanessa, John and Becky act and he says they should talk to John. Liz asks John to come talk an Austin says they have heard a lot of weird shit about Vanessa. John tells them that Vanessa told him that she was up there making sure he was okay. John says he’s been after Vanessa for a long time but says he kept it to himself. Austin says she blows up.

Austin says he feels like they’re playing her game and John says anyone that has had a blow up with her has gone home. Liz says she’s had her doubts about Vanessa and she thinks they can work with John. Austin says there is a lot of game left. Liz says they’re on to her. #CaptainCamo aka James sneaks up on Julia and scares her. Liz calls everyone for the veto comp player pick. Becky, John and Liz will play and then they draw. Liz picks houseguest choice and picks Austin. John draws Meg. Becky draws Steve. Julia whines about never getting picked and Liz not choosing her to play.

John and Austin talk and Austin asks him to throw it to him and says they’ve got him. John is considering it to show Austin and Liz they trust him. Austin says John told him he would throw the comp to him. Liz says if john throws it to him and Becky wins that would be bad. John tells Becky she has to win it so they can both stay but Becky isn’t confident she can win it. James calls everyone for the rock and roll veto competition. #Otev time. They head to the backyard and see Otev and the whole thing is food themed.

Otev says he will sing a song about an evicted house guest. They have to find the butter stick with that person’s name in one of the food tubs. Round one he sings about shouting Oh Mylanta. The answer is Jason and everyone goes looking for his name. Liz is first then Steve, Meg, and Austin. John is going slow to try and throw it. He comes last. Round two is about the first to in double eviction. The answer is Shelli. Becky is first back and Steve is also trying not to win but he does want Becky to go home. Meg wants to win so they don’t go up as replacement noms.

Meg runs up the butter slide and takes a face plant. Liz runs past her and then Meg makes it up there. Steve is last and he’s eliminated. Round three is about one away from jury. The answer is Clay. They go running. Meg is first followed by Liz who takes a fall too. That leaves Becky and Austin scrambling. Austin finds one and lands on the last spot. Becky is eliminated. Round four is about who was evicted second. The answer is Da’Vonne. Austin and Liz find it quickly and they get it right. Meg is out. Becky is upset since that means she’s stuck on the block.

Round five is about who got replaced on the memory wall. The answer is Jace – he was replaced with Julia. Liz finds it and Austin is upset because he was promised a kiss if he won it but he’s eliminated. Liz gets the #POV so all the power is in her hand. John is determined not to make any waves. Becky now has to fight to save herself through her social game.

Vanessa comes to talk congratulate Liz and she asks if John told her who his target was. Liz says no but he was being a little nicer and says that Becky is more of a threat to her. Vanessa talks about the big beast jump that Becky made. Liz thinks that Becky is reminding her of Audrey #2. Then Vanessa tells them about James wanting to nominate the twins. Austin thinks her paranoia is making her worse of an ally and Liz tells him that Vanessa was asking about John. Liz say she thinks that Vanessa would put Austin up if she wins HOH.

Meg talks about the fall she made and how hard she hit her face. John hopes that there are bigger targets than him and that he’s safe. Austin talks about how big his connection with Liz is getting. She kisses him goodnight and they start making out. Then she stops him and says his 30 second make out session is up. He says that’s fair. Julia is annoyed the next day when she sees a hickey on Liz who is also mad that Austin put a mark on her. Liz talks about how Austin is not the kind of guy she could bring home to her parents and we see him picking his nose.

Steve plays around with Vanessa and she tells him she’s sad and has no one there and is miserable. She starts crying. Steve comforts her. Liz comes over and asks why she’s crying. Vanessa says she’s lonely then tells her that Austin used to be her only friend and now he’s not even talking to her and the three of them are so tight and she’s the fourth wheel. Liz thinks about Vanessa playing the victim and that she’s seen her cry so much that it’s annoying. Vanessa says she has a feeling that when she goes in a room, everyone leaves. Liz comforts her but is totally annoyed.

Liz tells Austin upstairs about Liz’s fit and thinks about putting her on the block and putting her out of the misery and sending her to cry in the jury house so she doesn’t come after Austin. Liz ponders her veto and nomination options. John hopes throwing the POV doesn’t bite him in the butt. Becky is upset to be on the block yet again. Vanessa says that things are weird with Austin and she hopes that he’s not in Liz’s ear telling Liz to back door her. Liz calls everyone for the veto meeting. She tells them each to make their statements.

Becky says a week ago she was HOH and she didn’t nominate her, her sister or Austin and says if she uses the veto on her, all will be forgotten. John stands and says he likes to be on the blue couch instead and doesn’t want to talk to Julie on Thursday. Liz says they are great competitors and she thinks one of them will come back from jury. She says because of that, she’s not using the POV. She adjourns the meeting. John is upset to be on the block with Becky and says from here, it will be an all-new ball game. Liz decides not to take Vanessa out and get her hands bloody since everyone else if after her.