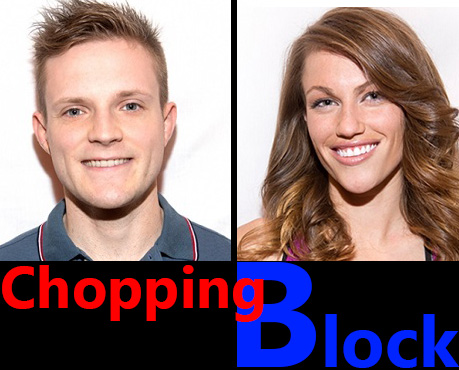 Emotions have been running rampant in the Big Brother 17 House and, according to BB17 spoilers via the LIVE Feeds, plans of who to evict – either John or Becky – have been flipping back and forth. Many of the houseguests, namely the AusTwins, have made valid cases for why it’d be good to keep either one . . . but right now it seems like AusTwins (especially the Twins) are leading towards keeping John around. Of course, John’s a good guy with nice teeth and all, but keeping him around would only be serving their benefit in the long run – or so they hope.

At one point, there was some brainstorming about how it might be beneficial to keep Becky around, as she’d be gunning for Vanessa in the coming weeks if she were to win anything. Becky had a rather successful conversation with the Twins the other night where she lifted the curtain on Vanessa’s scheming ways – and told V’s alliance members that Vanessa, in the long run, is only looking out for her own skin. Duh. Isn’t everyone?

While that conversation went over well and seemed to redeem Becky’s shot at remaining in the BB17 House, Big Brother spoilers revealed that John also had a similar conversation with them – and his little chit chat appeared to go over a bit better. Ultimately, AusTwins think that they can trust John more, and they feel as if he can be more easily manipulated than Becky, which, as we’re starting to see, may serve Julia and Liz (obviously in an unspoken Final 2 Deal) well in the long run when it comes time to betray their partner Austin.

There are six votes to be counted: Austin, James, Julia, Meg, Steve, and Vanessa. Liz, of course, as this week’s HoH cannot vote. It’s looking like AusTwins and Steve (4 votes) will choose to evict Becky, leaving James and Meg’s votes virtually inconsequential. With all that said, who do you think SHOULD be evicted from the Big Brother House during week 8? Will it be John or Becky who’s sent packing? What would be best for everyone’s gameplay? Vote below!