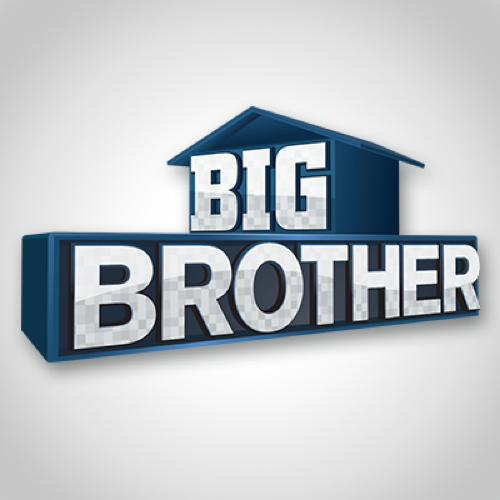 Tonight on CBS Big Brother 17 airs with the second part of its season 17 premiere and all new Thursday June 25, season 17 episode 2 called “Episode 2”, and we have your weekly recap below. On tonight’s episode the house guests are surprised by new twists and new house guests.

On the last Big Brother, eight strangers met and entered the Big Brother 17 house. The house guests are there to life together in a camera-filled house and attempt to win $500,000 by being the last one standing after three months of confinement in the 17th installment of the reality series.Did you watch the last episode? If you missed it we have a full and detailed recap, right here for you.

On tonight’s BB17 episode as per the CBS synopsis “the rest of the houseguests will go in the house and a surprise guest informs the 14 houseguests about a twist in the game.”

#BigBrother begins with the new houseguests. 23-year-old Liz is from Miami and she’s in marketing. She says she’s feisty, stubborn and has no filter. Jason is a stock boy at a grocery store who’s from Swansea, MA and lives in his mom’s basement. He says he’s shallow and can’t wait to be in the BB house. He’s a superfan. Vanessa is a professional poker player who lives in Vegas. She’s won millions playing poker and says those skills will help her in BB.

John is a Pennsylvania dentist who’s a closet rocker. He says most women are gold diggers. Becky is from Denver and she’s outdoorsy and grew up a hippy. Steve is a nerd from a small town in New York who loves music. He says he’s a socially awkward engineering student and a Big Brother fanatic. They find out they have an hour to pack and they all scramble to get ready to head into the house. Back in LA, we see them getting ready to enter the house.

Julie greets them all and says they know to expect the unexpected. She tells them there are already houseguests in the house and they already know about two big twists for this year. Julie says they know about the Battle of the Block from last year and says it’s in play again for #BB17. Julie says they can enter the house. The first group is Liz, Becky and Steve. The doorbell rings and the other houseguests run to see the fresh meat.

They introduce themselves and Steve is freaking out that he’s actually in the house. Meg says Steve does not seem very suave. Liz really likes Clay too. Then Jason, John and Vanessa are told then can head inside. The doorbell rings and they find a crowd waiting for them. Jason says everyone is so beautiful. Vanessa says information is critical and she starts asking questions. Liz says things aren’t what they seem and neither are people as she looks around.

Jace asks them to do introductions. John tells them about himself and to call him Johnny Mac. Da’Vonne thinks he’s lying and says he doesn’t give off a dentist vibe. Liz goes next and says she broke it off with her bae before she left so she’s single. Jace says he broke off a thing too and he’s happy to have another single girl there. Steve does his intro and Clay thinks he’s Terry’s twin from season 14 and says he needs to keep an eye on him.

James does his intro and says he’s HOH. Vanessa says she’s a DJ – another liar – she says she doesn’t want anyone knowing she’s a poker player. Jason says he looks like he’s 12 and is a stockboy who lives at home. Da’Vonne says he has a Pee Wee Herman vibe and she wants to put him in her pocket. He adds that he’s gay. Audrey goes next and reveals again that she’s trans and everyone whoops. Vanessa says that takes courage and it’s a big deal.

Jackie does her intro and says she’s outdoorsy. James checks out Vanessa, Becky and Liz and hopes one of them will be HOH with him. They drink champagne and toast. Jace sees two more place settings and says they need to figure this out. John wonders if it means something bad and says it’s blowing his mind. Julie says the game is on and the BB takeover starts next with a surprise guest. Julie introduces Phil Keoghan from the Amazing Race and he comes onstage.

They bring out Jeff and Jackie from #AmazingRace season 26. Julie says their relationship was passionate and asks where things stand now. Jeff says they’re very good friends and talk several time a week but aren’t in a relationship. Phil gets to introduce his twist to the houseguests. In the house, they hear “get ready for a takeover.” They all run to look at the screen in the living room. They see Phil and they all cheer. He says he’s taking over BB this week.

He says some BB couples have run on Amazing Race so he’s returning the favor and sending in Race contestants to play with them. The doorbell rings and Phil says that’s them at the door. Jeff and Jackie come into the house. A bunch of them recognize them. Steve says they will be easy, early targets. Jackie gets caught up and Jackie gives James a big hug. Jackie says this is such a different game from Amazing Race and she clarifies that she and Jeff are not a couple. Jace is pleased. Jeff says it’s unspoken that he has Jackie in his back pocket and is looking to make new alliances.

Back from the break, Julie announces the second HOH competition. She tells the houseguests to gather in the living room and they all rush in. She says it’s now time to crown HOH #2. She says one of the second group will have to sit out the competition. She tells them to decide together then come into the backyard. Jackie says she knows she has a target on her back and doesn’t want to sit out. Vanessa the poker player says she’ll sit out and they agree not to nominate her.

They head into the backyard. It’s set up as a farm with devil eyed cows and aliens. Julie says it’s time to crown a second #HOH. She says whoever wins will stand with James to make nominations. She says only one HOH will remain in power for next week’s live eviction. She says this is called UFOh No. She says these seven houseguests are in the UFO film. She says the UFOs will try to suck them into the mother ship and they have to hang on tight.

They each have a cord tied to their overalls. They each stand behind their pole and grab on. James jokes they all look like strippers. The cables tighten up and they start pulling on them. Jeff says they’re being pulled up and it feels like an 18 wheeler is pulling on you. John says the noises are crazy. He says it’s a close encounter of the worst kind. Steve says he doesn’t want to win and put a target on his back and wants to place in the middle so he won’t get nominated.

Jackie is using her legs to try and hang on. She wants to show she’s a competitor. Jason says he’s really trying to win so it will open more doors and he’s hoping for an alpha male alliance. Jason makes Jeff laugh and then the space ship starts shooting goo on them – Becky says the green slime is so bad and is like alien snot. Then more shoots out. Jeff says he’s using muscles he didn’t know he had. He says he can’t even see and it’s disgusting.

Then the pull ramps up and Liz says it feels like an alien giant is yanking her up. Steve goes flying off and he’s dumped into the hay pile. He says he hopes being first to fall doesn’t make him a target for nomination. Jeff says it’s surprising that 80 pound Jason is hanging tight. The alien lights flash again and more pressure is applied. Then more slime shoots out. Jeff loses his grip and he’s gone and drops into the hay pile. John is barely hanging on.

John says this is worse than the pain he puts his patients through and he loses his grip too. He says he hopes the aliens don’t impregnate him. Becky is barely hanging on and she loses her grip and ends up in the hay. That leaves Jason, Liz and Jackie on the pole. Jackie is trying to focus but then finds herself being lifted and sliding up the pole. She’s losing it but then Liz loses her leg lock. She slides up and is barely hanging on to the pole.

Both Liz and Jackie are losing it. Clay says Liz is losing it then she’s off the pole and into the hay. She has hay stuck to her slime and looks rough. Jackie is way up on the pole but is still hanging on. Jeff says Jackie is levitating and is pulling witchcraft. He says if she wins it, she has his back as HOH so he hopes she wins. Jason says he hopes there will be a few days before the next competition and says someone will have to carry his tiny ass up the stairs.

Jackie is shaking and Jason tells Jackie if she drops, he won’t put her up. She asks if it’s a promise and he says she had him at those shoes. Jackie says it’s a great deal. Jason says he’s got her so she lets go. Jason is the second HOH! He says he usually doesn’t win stuff but he won the endurance comp. Jackie says she may not be safe from James even though she’s safe from Jason. Da’Vonne says when the dudes get in power they send girls home and says she’s not having it.

Julie says Phil has another tease for the houseguests. They hear the takeover announcement and they all run over. Jason says he and James must be going to the Amazing Race. Phil tells Da’Vonne and Vanessa sat out the competition and says with risk comes reward sometimes and says more on that later.