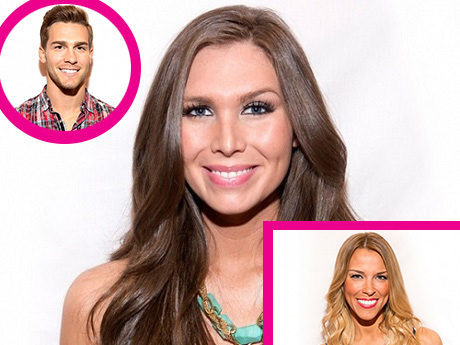 Will Audrey, Shelli, and Clay go all the way? Big Brother season 17 is shaping up to be, well, sort of a crapshow regarding strategy and alliances, but these three houseguests seem to be sticking together for whatever reason – and, perhaps, this dynamic trio has what it takes to go far in Big Brother 17.

Audrey Middleton, the first transgender houseguest in BB history, has proven to be the Wild Child with regards to her strategy (i.e. attempting to form alliances with virtually every group in the house); however, her ability to manipulate people’s emotions (namely Clay’s) to serve her own agendas shouldn’t be underestimated. In a game like Big Brother, where deceit and friendships abound, being a good talker can take you far. Or, as Audrey almost witnessed, could spell your ultimate destruction.

Audrey somehow escaped being nominated for eviction this go around, despite being called out by Da’Vonne and Jason in front of the entire house for lying her pants off (in nearly every possible way). That being said, she’s definitely still on people’s radars. And undoubtedly forever will be. It’ll be interesting to see how many more weeks she makes it in the house and if her subtle alliance with Chelli will help keep her from getting evicted.

Becky thought she and Shelli were embarking on a plan to backdoor Audrey. That, however, quickly went south when Shelli and Clay decided they’d rather see Da’Vonne go home. After the Battle of the Block competition, Shelli kept the title of HOH, meaning that her two nominees (John and Da’Vonne) remained on the chopping block. Becky was ousted; however, she wasn’t saddened by this because she still thought Shelli was going to go through with their epic Backdoor Plan.

Fast forward to the Power of Veto competition and John takes home the POV. He removes himself from the block and Shelli puts up Meg as a pawn in his spot, leaving Da’Vonne the likely candidate for eviction.

It’s very clear that Shelli didn’t go through with the plan. Becky, more than likely, is going to be pissed, and we don’t see why she won’t be gunning for Shelli and, by association, Clay, in the future. And if Clay and Shelli keep up their more-than-cordial attitudes towards Audrey, one of the loosest cannons in the house, you might as well put giant red blinking targets on all their backs.

According to the BB17 spoilers and the CBS LIVE feeds airing last night, Audrey and Chelli were, once again, seen discussing gameplay. Audrey threw out the idea that Chelli should flop to the other side of the house. An hour or so later, Clay and Shelli were seen talking about this new plan of Audrey’s and giving it some serious consideration.

Is it just me or do they take into consideration just about everything Audrey throws their way? Audrey’s either the best player in the game or the absolute craziest, and I suppose either way Audrey’s going to help out Chelli’s game – because both of those two statuses in the BB House make you stick out like a sore thumb. If you’re aligned with the “best player,” then they’ll likely go up before you. If you’re aligned with the Wild Child, then chances are they’ll go up before you, too. Both scenarios = good for you.

Clay sees this. Clay’s a smart dude. Last night, while talking with Shelli and Vanessa – another one of Chelli’s close friends in the house – Clay admitted that Audrey will always be the bigger target. They discussed whether or not they can trust Audrey – a good thing to ponder. Vanessa admitted that Audrey will never be her target and also went so far as to say that she will be loyal to both Clay and Shelli – and, I assume, whomever else they consider friends in the house. She’s aligned with them. Vanessa’s another very strong player; her gameplay is subtle, and she has a lovely demeanor, making her another strong competitor and perfect addition to the Chelli + Wild Child trio.

What do you think? Do you think Shelli and Clay walking so close to Audrey is a good thing or a bad thing? Do you think these three individuals each bring their own strengths to the game that will carry them through as a dynamic alliance, or should Chelli sever ties with the Wild Child and be on their merry way?

Leave us your thoughts in the comments section below and be on the lookout for Big Brother spoilers, gossip, and updates!