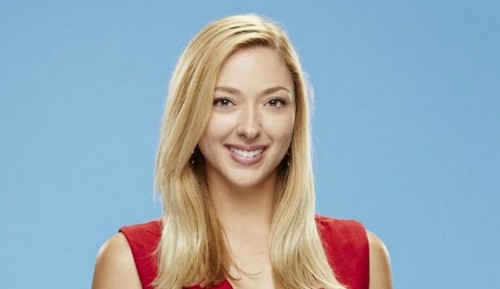 According to BB17 spoilers from the CBS live feeds, there is already a new Week 8 Head of Household in charge, Liz Nolan is HOH! Big Brother fans are still reeling from the shocking Week 7 double eviction, and Shelli and Jackie’s evictions. When the live feeds returned after the double eviction episode on Thursday August 13, Liz Nolan was bouncing around the house and celebrating – she is the Week 8 HOH. Of course, her showmance partner Austin appeared even more excited about her victory than she was.

Big Brother 17 spoilers tease that the Goblin Alliance is still upset over Jackie’s eviction, and they are now sweating in their boots because the main alliance is back in charge in the BB17 house. Austin has already begun filling Liz’s head with nomination plans, and he reminded her that J-Mac is their next target in the house. But, there is going to be a lot of game talk in the next few days, because Liz is going to have to choose two nominees and decide whether she wants to try and backdoor Johnny Mac, or throw him up on the block right off the bat.

Although Liz’s initial target was Johnny, spoilers from the live feeds tease that Becky spent the entire night convincing Austin and the twins Liz and Julia that Vanessa Rousso is a serious threat in the house – and she needs to be evicted ASAP, even before J-Mac. The twins and Austin have worked along side Vanessa for most of the summer, but hey anything is possible. If they get Vanessa up on the block again, and still don’t vote her out, then this might turn out to be the dumbest group of houseguests we have seen in quite a while.

Are you excited that Liz Nolan is the new HOH? Who do you think she will nominate for eviction? Is Vanessa Rousso going home this week, or J-Mac? Let us know what you think in the comments below and don’t forget to check CDL tomorrow for more Big Brother 17 spoilers and recaps.