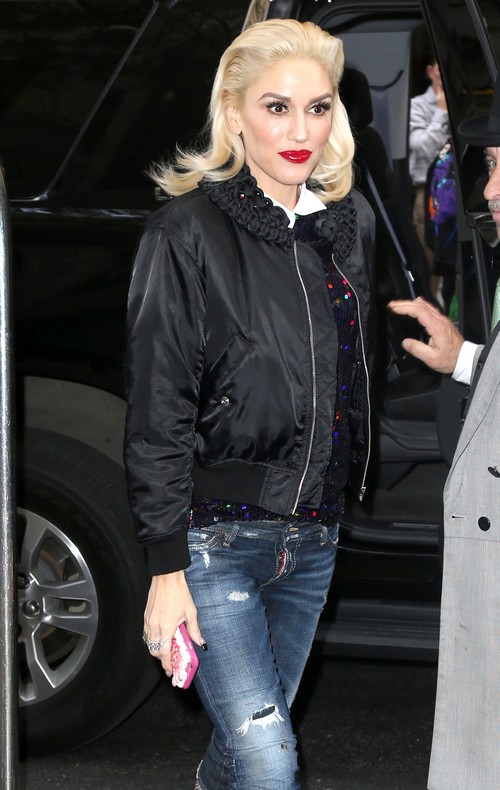 Blake Shelton was cheating on Miranda Lambert with Gwen Stefani and the affair is what destroyed the country music couple’s marriage and caused the quickie divorce according to Gavin Rossdale. Adding to Miranda’s distress could be that Gavin Rossdale claims to have known about Blake and Gwen’s alleged affair before the “Used to Love You” singer confirmed dating Blake.

Rossdale alleges that Blake was already hooking up with Gwen when the Grammy award-winning country music superstar split from Miranda Lambert, according to TMZ sources. Rumors of a Stefani and Shelton romance began swirling not long after Gwen filed for divorce from Gavin after 13 years of marriage. Stefani had repeatedly laughed off the gossip that she was dating Shelton after “The Voice” coaches nearly simultaneous divorce announcements.

Fans noticed that Gwen Stefani and Blake Shelton had been flirting with each other a lot on “The Voice,” and also during an joint appearance on “The Tonight Show with Jimmy Fallon.” Just two weeks before Gwen confirmed dating Blake the award-winning singer gave an interview and was directly asked if there was anything romantic going on with Shelton post-divorce.

Stefani appeared to be joking when she answered, “Have you read the news?” Stefani told the interviewer that “The Cowboy” is moving on after calling it quits on his four-year marriage to Miranda Lambert.

Had “The Cowboy” already begun moving on before the lighting fast divorce from Lambert? Insiders say Gavin thinks that the back-to-back divorce announcements were all too well-timed. It is unclear if Miranda suspected Blake was cheating. And if Lambert was suspicious did the “Little Red Wagon” singer think that Blake’s “The Voice” co-coach Gwen might be the woman Shelton was romancing?

After Lambert divorced Shelton there was gossip that Miranda Lambert had been cheating on Blake with country crooner Chris Young. Rossdale was also rumored to have been cheating on Stefani throughout the couple’s 13 year marriage. But were the allegations against Miranda and Gavin a ruse to cover up the fact that a Shelton-Stefani affair was going on? And how long did Gavin Rossdale suspect that Gwen Stefani was sneaking around behind his back with Blake Shelton?