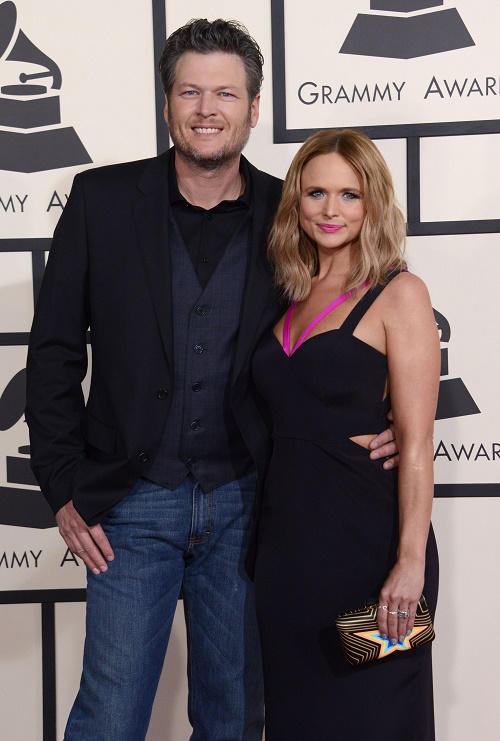 Blake Shelton and Miranda Lambert are still fighting, and at this point should just get a divorce and save everyone the headache. Blake and Miranda have been fighting over their careers, alleged cheating, their drinking problems, and whether or not to get pregnant and have a baby for months now. According to a new report, Blake Shelton is sleeping on the couch … again, because he is trying to derail his wife’s diet and make her “hot and curvy” like his Voice co-star Christina Aguilera.

Miranda Lambert has been working tirelessly to shed some extra pounds, and has lost over 45 pounds! The country music singer is thrilled with her new body and lease on life – but Blake Shelton apparently is not impressed. And he actually had the nerve to tell his wife that he wishes she was “hot and curvy” like Christina Aguilera. Wow! He’s lucky Miranda is even letting him sleep on the couch and hasn’t tossed his belongings out on the sidewalk.

The May 18 edition of GLOBE Magazine reveals, “When Miranda realized her horndog hubby had been gawking at Christina Aguilera’s rockin’ bod, the outraged country songbird pitched a fit.” According to GLOBE’s inside sources, Blake thinks that Miranda has lost too much weight on her quest for a hot, new body. The source explained, “Blake thinks that she has overdone it. The dieting made her boobs shrink. He has been urging her to eat more, ordering in pizzas and other fattening food to their Oklahoma ranch.”

Blake Shelton is either incredibly brave, or incredibly dumb. What kind of a man has the audacity to tell his wife that he wants her to gain back weight that she just spent months trying to lose – while simultaneously admitting that he thinks his co-star Christina Aguilera is hotter than her? Do you think that Miranda is being overly sensitive? Or is Blake lucky she is even letting him sleep on the couch? How much longer before Blake and Miranda wind up getting a divorce? Let us know what you think in the comments below!