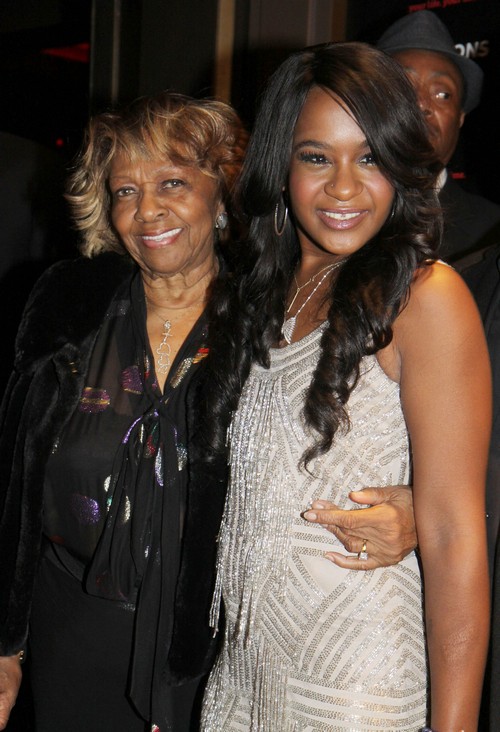 Another Bobbi Kristina Brown’s update reveals more sad news. After Bobby Brown filed legal papers in Georgia for guardianship over Bobbi’s $20 million inheritance, another family feud erupted. Cissy Houston, no doubt with Pat Houston at her side, plans on fighting Bobby “to grave” for control of the estate. However, while Bobbi Kristina’s condition seems to be lost the battle for the inheritance money and could be permanent.

It’s no secret that Bobby Brown has legal control of Bobbi Kristina’s health and any medical decisions. Pat and Cissy Houston, along with Gary Houston, will all inherit the estate Whitney Houston left her only daughter, Bobbi. Strong rumors put the estate value around $20 million, however that money is being drained by Bobbi Kristina’s medical bills.

Pat Houston and Cissy Houston have been very vocal about wanting to remove Bobbi Kristina Brown from life support since she was found face down in her bath tub on January 31. Since Bobbi’s drowning incident, she has been in a medically induced coma to keep her stable. Initial attempts to remove her from life support resulted in seizures, so Bobbi was sedated again and remained unconscious until Bobby announced his daughter was “awake” during a concert.

The Houston family has been pushing Bobby Brown to “let Bobbi go” and “end the nightmare” of the tragedy. However, thanks to the fact that Bobbi didn’t have a will, her inheritance money will go straight to Pat, Cissy and Gary Houston. It’s pretty easy to see they have motivations beyond what is best Bobbi Kristina. Luckily, Bobby refuses to let his daughter go and holds onto hope. BUT, here is where Bobbi Kristina’s condition gets even more complicated…

Bobby Brown and his family have been issuing statements and claiming that Bobbi is “awake” and showing signs of improvement. Tina Brown, Bobby’s wife, claims that Bobbi will have long recovery process, but claims she is “going to be ok.” The family was also reportedly told Bobbi will have a “long life” ahead of her.

Those are two very different claims. Several situations could be playing out here. One is that Bobby Brown is in denial regarding his daughter’s condition, and the Houstons are ready to take the inheritance and move on. Or, Bobby is holding onto his daughter’s life with the slim chance of recovery, while trying to keep the greedy Houston family from cashing in. If Bobbi Kristina Brown lives on, in any condition, the money stays in limbo. Bobby is fighting for the control of the financial estate, most likely, to protect Bobbi Kristina. However, the Houston’s are said to believe Bobby simply wants the money for himself.

The reality of Bobbi Kristina’s true condition is still a mystery. It will likely all play into the court battle between Bobby Brown and Pat/Cissy Houston. Most doctors seem to believe that under the circumstances that have been shared and confirmed with the media, Bobbi Kristina’s chances for a “normal life” are extremely slim. Cissy seems to believe that Bobbi’s current condition is permanent.

Extra spoke with the Medical Director and Neurosurgeon at Dignity Health Northridge Hospital, Dr. Mark Liker, who underlined the fact he has not treated Bobbi Kristina Brown, but stated Bobbi could have a long life, but the quality of life can’t be predicted. Liker further noted she could remain in her current state in rehab “essentially forever.”

What an incredibly sad situation. What do you think CLD readers? Is Bobby Brown in denial or is Cissy Houston ready to cash in on Bobbi Kristina Brown’s $20 million inheritance?