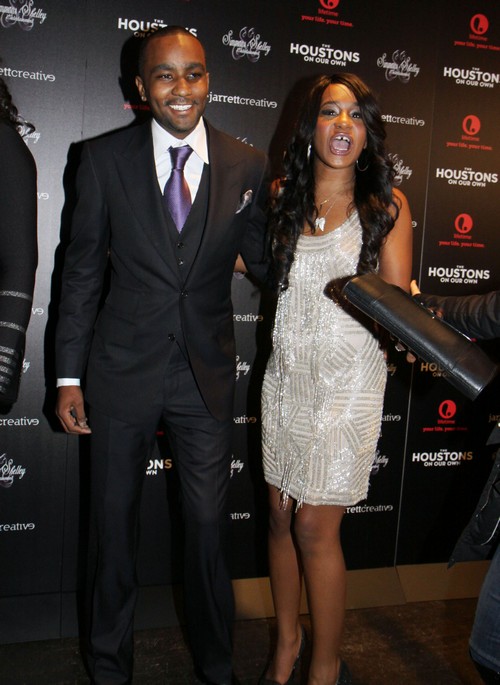 Bobbi Kristina Brown’s death is imminent, according to multiple reports. The Houston family and the Brown family are gathering to say goodbye, but Nick Gordon is busy preparing a defense against the murder charges he will likely face upon the death of Bobbi Kristina.

The daughter of Whitney Houston and Bobby Brown was moved to hospice after brain trauma experts at Chicago’s Northwestern University agreed with Bobbi’s doctors in Atlanta – there is no hope for Bobbi Kristina Brown’s recovery. In the days following her admission to hospice, Bobbi was removed from all life support medicines and said to be slowly fading, showing no signs of life, and her vitals are weakening according to the Mirror.

Since Bobbi Kristina was found face down in the bath tub, on January 31, her drowning incident has developed into an attempted murder investigation. Leolah Brown was extremely vocal about the fact that Nick Gordon is at the center of the police’s investigation. After Nick Gordon put on a painfully staged “intervention” with Dr. Phil, who turned Nick’s rehab trip into an opportunity for ratings, Leolah posted a Facebook message (shared by People) citing that Nick was being investigated for attempted murder.

Thanks to a loose-lipped neighbor of Bobbi Kristina and Nick Gordon who spoke to Radar, the details of Bobbi’s drowning are making Nick look very guilty… The night before Bobbi Kristina was found unresponsive in her tub, the neighbor told Radar she heard the couple screaming at each other.

A possible love triangle might have been going on, as the neighbor also claimed Nick might have found Bobbi with another man enjoying a “sexual romp.”

After paramedics and police arrived at Bobbi’s townhouse, Nick was panicking and “reeked of alcohol” according to the friend and neighbor.

The neighbor, who claims Bobbi called her “Mama Deb,” also insisted Bobbi Kristina was terrified of bath tubs, thanks to her mother, Whitney Houston, dying under eerily similar circumstances.

Another witness in the murder investigation is Max Lomas. The mutual pal of Bobbi Kristina and Nick Gordon was the one who found Bobbi’s lifeless body. Max claims he arrived at the couple’s home, and was told Bobbi was in her bedroom. Nick wandered off, and Max then told police (via TMZ) that he let the cable repair man into the home and the two discovered Bobbi’s lifeless body. Max yelled for Nick who did CPR. However, the most chilling detail Max shared was the fact he saw Nick Gordon cleaning up blood just before police arrived on the scene.

A multimillion lawsuit also brings some damning evidence into play. According to the suit filed by Bobbi Kristina’s court-appointed conservator, Bobbi Kristina had two teeth knocked out, a history of violence; including the time he dragged Bobbi up the stairs by her hair, and Nick constantly tried to isolate her by limiting who she could interact with. Another fact noted in the details of the case shared by USA Today… Nick Gordon repeatedly withdrew money from Bobbi Kristina’s bank account, and made an $11,000 withdrawal AFTER she fell into a coma.

In response to the $10 million lawsuit and upcoming murder charges, Nick is creating a “high-powered legal team” according to People. On Tuesday, Nick retained Jose Baez. You might remember Baez as the attorney who won an acquittal for Casey Anthony. Jose will join Joe Habachy and Randy Kessler as they attempt to convince everyone Nick Gordon is not guilty of murdering Bobbi Kristina Brown.

The team is already working on Gordon’s defense, despite the fact that the Fulton County district attorney is still reviewing the case and no charges have been filed. What do you think of the case building against Nick? Is Nick Gordon guilty of murdering Bobbi Kristina Brown?