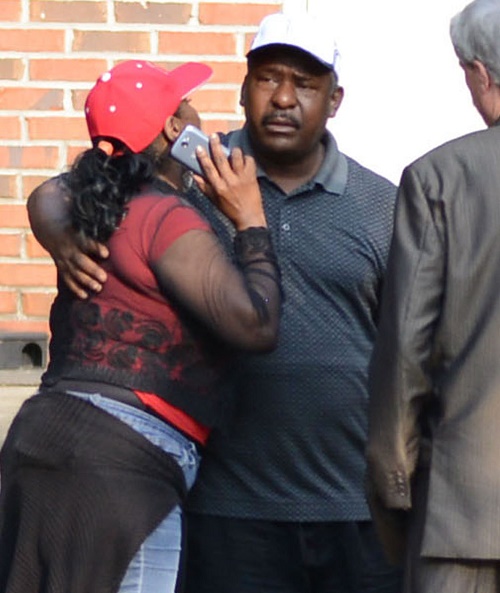 Bobbi Kristina Brown is peacefully passing away in hospice after Bobby Brown’s last attempt to save his daughter failed. The family gathers, as Bobby Kristina is removed from all life support medicines, finally bringing closure to the tragedy and possible murder charges for Nick Gordon.

Bobbi Kristina has been on life support since she was found face down in her bathtub on January 31. The circumstances of Bobbi’s drowning are eerily similar to those of her Whitney Houston’s death. Fearing tubs, the discovery of Bobbi Kristina’s lifeless body makes little sense and the District Attorney’s office is investigating.

As Bobbi Kristina’s family tries to put together the story of what really happened to Bobbi, her father, Bobby Brown, has been trying to save his daughter. Bobby has fought to keep Bobbi Kristina alive for as long as possible; giving her every chance at a recovery. Brown refused to let Pat Houston move her from the Atlanta rehab facility, after Bobbi’s aunt insisted she would be better off at her home.

Eventually, Bobby had to make a choice. According to Radar, Brown flew Bobbi Kristina to Chicago before she was finally moved to a hospice care facility. The report states Bobby took his only child he had with Whitney Houston to Chicago’s Northwestern University via private plane. There, experts evaluated Bobbi Kristina before she was finally flown back to Georgia, where she will remain until her life comes to an end or a miracle happens.

It appears the experts have agreed nothing more can be done, and Bobby’s final attempt at saving his daughter’s life didn’t go the way he had hoped. Bobbi was admitted into hospice and removed from all life support medicines. Both the Brown family and Houston family have been continuously arriving to visit Bobby Kristina, saying their final goodbyes.

The families appear to be at peace with each other, despite persistent rumors they were fighting and constantly at odds. Pat Houston and Tina Brown were spotted by TMZ, holding hands as they entered the hospice facility on Monday. However, Radar paints a slightly different picture, claiming the families are still fighting. According to the media outlet’s sources, the Browns fear the Houstons just want to cash in on the $20 million inheritance left by Whitney Houston. Conversely, the Houstons are said to fear the Browns will just try and exploit Bobbi Kristina’s death.

These appear to be Bobbi Kristina Brown’s final hours. Let’s hope the families can put aside the drama and spend whatever time the only daughter of Whitney Houston has left in peace. Or, focus on healing and the impending murder charges Nick Gordon might be facing.