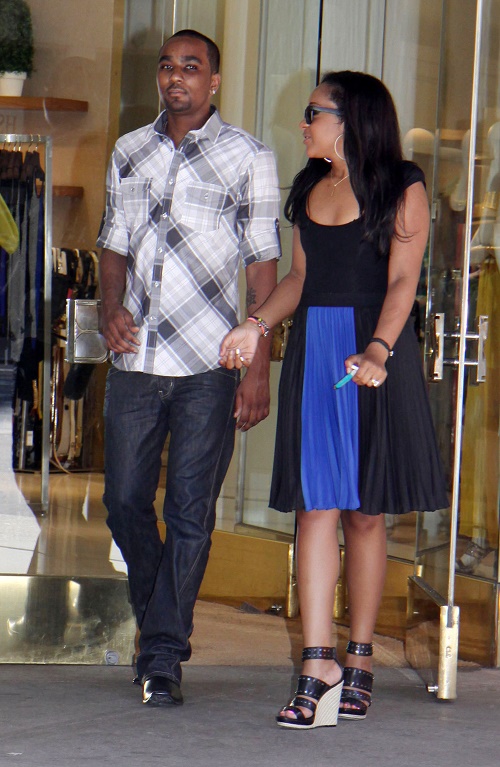 Bobbi Kristina Brown is currently lying brain-dead in a hospital after attempting to commit suicide by drowning herself in a bathtub. Now, police found drugs at her place during their second sweep, so Bobbi obviously wasn’t as clean and sober as she claimed to be. And honestly, after seeing how her mother died, it’s almost ridiculous that none of her family saw this coming, and prevented it from happening.

From all the reports coming out now, it seems like Bobbi was hooked on to drugs for a while, not to mention dealing with some mental health issues. A new report from the NY Daily News claims that some of Bobbi’s issues came from her marriage to Nick Gordon, but it’s now turning out that she and Nick might not even have been legally married!

Attorney Christopher Brown told Fox News, “To correct earlier reports, Bobbi Kristina is not and has never been married to Nick Gordon. We are currently investigating the events that led to the hospitalization of Bobbi Kristina.”

The whole situation with Nick Gordon and Bobbi Kristina Brown is already incestuous and weird, considering that Nick was raised as Bobbi’s brother when Whitney Houston took him in as a child. Bobbi’s father, Bobby Brown, has already been blaming Nick Gordon for Bobbi’s current comatose state, especially since they all believe that Nick should have seen the warning signs coming. Nick is currently banned from visiting Bobbi at the hospital due to a restraining order, but if this report about them not even being legally married is true, then it’s not that much of a surprise, is it?

It’s likely that Bobbi’s family already knows about this, and honestly, Nick’s entire relationship with Bobbi is being questioned right now. Even if he isn’t directly responsible for supplying Bobbi the drugs [which is still the most likely explanation], then he should at least be held responsible for being negligent and careless and letting Bobbi get a hold of those drugs.

What do you guys think about Bobbi Kristina Brown and Nick Gordon not being legally married? Do you think Nick should hold the blame for Bobbi’s suicide attempt and brain dead state? Let us know your thoughts in the comments below.