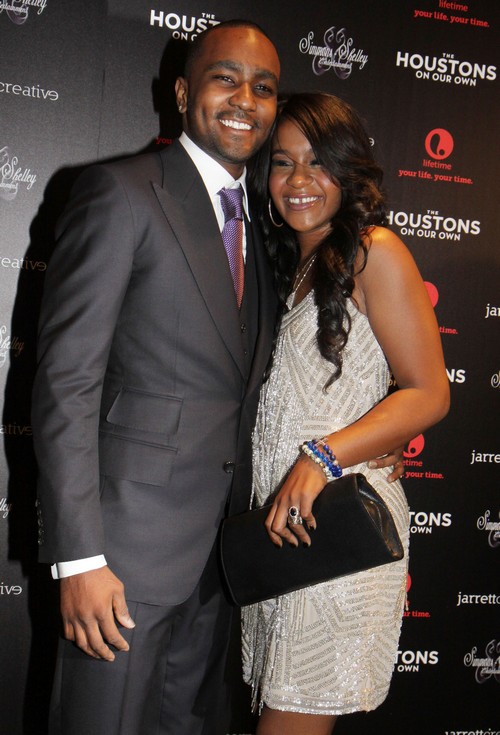 Bobbi Kristina Brown is still lying on life-support in a Georgia hospital – where she has remained since January 31st when she was found unresponsive in her bathtub where she had apparently drown. Since the daughter of Whitney Houston and Bobby Brown was rushed to the hospital on their tragic day – unbeknownst to her she has been surrounded by turmoil and feuds. Bobby Brown and Cissy Houston have been at each other’s throats since Bobbi Kristina Brown was admitted in to the hospital, and can’t seem to agree on her $20 Million inheritance or if and when they should take Bobbi Kristina off from life-support and let her pass away peacefully.

Bobby Brown and Cissy Houston have found some mutual ground though – they both passionately hate Bobbi Kristina’s “husband Nick Gordon,” and have banned him from visiting Bobbi in the hospital. The Browns and Houstons blame Nick Gordon for Bobbi’s drowning – in more ways than one. Not only do they believe that it is Nick that got the troubled daughter of Whitney Houston hooked on drugs, but they believe that he also physically and emotionally abused her. Georgia police currently have an open investigation on Bobbi Kristina’s drowning because when she was rushed to the hospital on January 31st, she had bruises that didn’t correlate with drowning or CPR.

Nick Gordon swears he is innocent – and he even took to social media to announce that he “took care” of Bobbi Kristina more than her father Bobby Brown ever did during her 22 years of existence. So, how does one go about proving they are not responsible for their alleged wife’s drowning? By playing the victim, of course. Nick Gordon is apparently so torn up over Bobbi’s accidental drowning/suicide attempt – that now he too is suicidal and abusing drugs and alcohol. Nick’s mother Michelle called in renowned talk show host Dr. Phil to stage an intervention for Nick, and of course his camera crew was in tow. Dr. Phil taped the intervention on March 5th and it is set to air next week on his show.

So, will you be tuning in to Nick Gordon’s “intervention?” Do you think that this is just a sad attempt to prove that he isn’t responsible for what happened to Bobbi Kristina, or is he truly contemplating taking his own life because he is so devastated? Really Nick was killing two birds with one stone – he gets to profess his innocence on national television, and gets paid for doing so. How much do you think Nick and his mother were paid to film his “intervention?” Let us know what you think in the comments below!