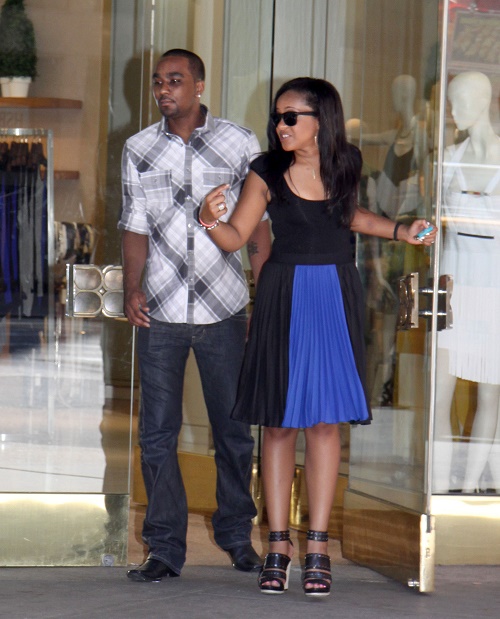 Nick Gordon is intent on drawing attention to the fact that Bobbi Kristina Brown’s family is not allowing him to visit her in the hospital, where she’s currently resting on life support. Gordon’s emotions seem to be getting the best of him, too, as just recently he tweeted a rather dark message: “I’m so hurt I wanna do myself in.”

If Gordon’s tweet was fired off to be a call for attention, then it definitely worked. Gordon’s tweet captured the interests of Dr. Phil McGraw, the renowned psychologist whose counseling methods might be questioned by health care providers who spend their time helping people away from the limelight.

Dr. Phil supposedly flew to Atlanta, Georgia, where he arrived to console Gordon during this stressful time. While Dr. Phil might (and we shouldn’t take this bit away from him) have Nick’s best interests in mind, it’s hard to ignore the fact that Dr. P is inserting himself into a situation that’s getting endless media coverage – so he’s definitely going to get his name in a headline or two. Dr. Phil might be a legit (or something) psychologist, but, at the end of the day, he also helms one of the most popular daytime shows on TV – and doesn’t bat an eye to get involved with hot-and-volatile celebrity family drama.

Nick Gordon and his mother will be featured in a special segment on Dr. Phil’s show next week. Nick’s worried mother tells Dr. Phil, “As we sit here right now, my son’s life hangs in the balance. When Whitney was found, he administered CPR to her and called me as he was standing in front of her saying, ‘Mom, why couldn’t I do it? I couldn’t get air into her lungs,’He won’t let go of the guilt.”

What do you make of this story and all of Nick Gordon’s guilt he’s been hanging on to?